An Innocent Man Was Freed From Prison After 27 Years Thanks To The Hard-Hitting Journalism Of Golf Digest…Wait, What? 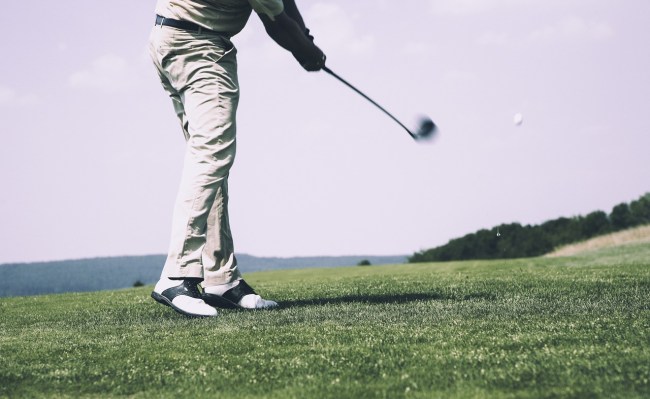 It’s not exactly a secret that the justice system in the United States has a fair amount of flaws and there have been plenty of examples in recent years that highlight just how broken it is.

There’s the case of Richard Anthony Jones, who served 17 years in prison for a robbery he didn’t commit because the actual perpetrator was basically his identical twin.

For 17 years Richard Anthony Jones insisted he was falsely imprisoned man but no one believed him.

Jones is now suing the state of Kansas after spending 17 years in prison for crime committed by look-alike: https://t.co/IMXXFeQ1mP pic.twitter.com/NhuZh32LWy

There’s also the heartbreaking case of Making a Murderer’s Brendan Dassey, who was seemingly coerced into a confession at the age of 16 because he just wanted to go home and watch Wrestlemania.

Now, we have yet another example of a miscarriage of justice thanks to the case of Valentino Dixon, who was sentenced to 39 years in prison after being convicted for a murder that occurred in 1991.

It took 27 years, but Dixon was recently exonerated after an extensive investigation conducted by the bastion of journalism that is Golf Digest.

You read that right.

What a wild story: a prisoner serving 39 years to life started making drawings of golf courses. The drawings made their way to Golf Digest, which wrote about him, then realized his conviction was sketchy, then investigated, and now he's free https://t.co/mXKZ8kRZgT

During his time in prison, Dixon decided to devote his free time to sketching incredibly impressive landscapes of golf courses— despite never having played the game himself— which caught the attention of the magazine six years ago.

After profiling Dixon, Golf Digest decided to take a closer look at his conviction and realized the case was filled with more holes than a block of Swiss cheese used for target practice.

The initial article caught the attention of a number of media outlets and organizations— including the Georgetown University Prison Reform Project, who took on the case while Dixon’s daughter Valentina raised funds for his defense by selling her father’s sketches.

Dixon recently had his sentence vacated after another man confessed to the murder and the article sheds some fascinating light on how a golf magazine managed to spearhead an investigation into how his case was mishandled.

Dixon was officially freed on Wednesday and gathered with family and friends outside the courthouse,  where he said the first thing he was going to do was hit up a Red Lobster for his first meal as a free man in 27 years.

Another emotional moment for the family of Valentino Dixon. With many thanks to those who supported him along the way, Dixon said the fight isn't over. He wants to help others. @WBFO pic.twitter.com/VuVuCDsLLL

I can’t even imagine how many cheddar biscuits he’s going to crush.