The Buffalo Blue Jays? The Dunedin Blue Jays? Either Could Happen, Thanks To The Pandemic 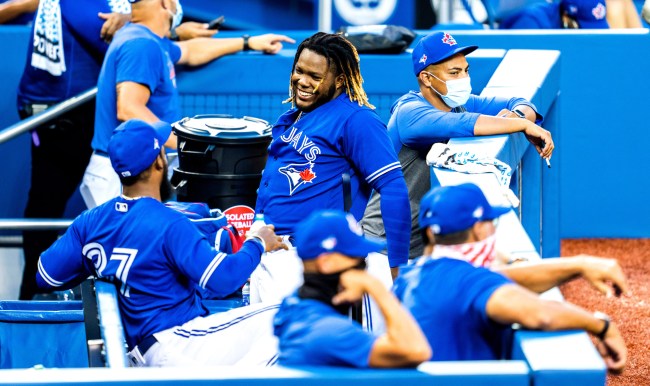 Remember how the small market Buffalo Bills used to play some of their games in Toronto in an effort to try and expand their fanbase? Well, now it might be Toronto’s turn to come to Buffalo as the Blue Jays are exploring their options in the midst of the global pandemic.

As things sit right now, the Toronto Blue Jays don’t have anywhere to play their games at home once the 2020 MLB season begins.

It’s not that they aren’t allowed to have games at the Rogers Centre in Toronto (though that is still up in the air). It’s just that with them being located in Canada, traveling internationally – even to and from Canada, in the middle of a pandemic is still a bit of a nightmare.

All Major League Baseball players and staff are currently required to spend 14 days in quarantine every time they enter Canada. So you can see how that wouldn’t work very well.

The minor league season has already been canceled and playing in Buffalo would eliminate all of the international travel concerns and restrictions.

The field itself is of major-league quality but the Sahlen Field lighting is not. The Bisons installed a new lighting system in 2011 at a cost of nearly $1 million but it was done before the current technological standard of LED lighting for stadiums became prevalent. It is fine for Triple-A games but would need an upgrade for the major leagues – and for the accompanying television broadcasts, with 24 of the Blue Jays’ 30 home games scheduled at night. With less than three weeks to the home opener, a fast-tracked upgrade may not be possible.

Service-level space in Buffalo is tight as well, counting clubhouses, training and workout rooms, umpires quarters and batting cages. But with no fans in the ballpark, the Bisons could create auxiliary areas throughout the concourses. The press box would also be cramped, although it’s likely some suites could be repurposed for media use to promote social distancing.

Canadian health officials are allowing the Blue Jays to hold their summer camp in the Rogers Centre while having players stay in the hotel connected to the ballpark, but they have yet to officially grant the team permission to host regular season games there.

A second alternative for the Blue Jays could be playing home games at TD Ballpark in Dunedin, Florida – the site of the team’s normal spring training.

The only problem with that idea is, well… it’s in Florida, which comes with a whole different set of problems.

A statement sent to me from @MayorByronBrown on the #Bluejays playing in Buffalo. pic.twitter.com/66XogJ2TgB

No worries though. There’s still plenty of time for the Blue Jays to figure all of this out. After all, the Major League Baseball isn’t going to start for, what, 10 or 11 more days?