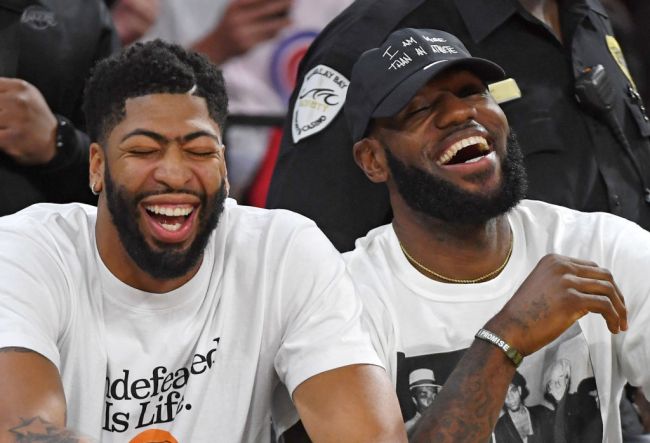 Miami Heat and Chicago Bulls fans are not happy with the NBA at the moment.

On Saturday afternoon it was reported that the league is investigating both the Heat and the Bulls for their sign and trade deals last week.

Sign-and-trade arrangements are more complicated and time-consuming than typical free-agent player signings, often needing a greater level of discussion and negotiation to complete.

New Orleans agreed to trade Ball, a restricted free agent, to Chicago on a four-year, $85 million contract for Garrett Temple on a new three-year, $15.5 million contract and guard Tomas Satoransky. That deal has yet to be finalized with the league office and could look different in its final form, sources said.

Both Heat and Bulls fans immediately noted that LeBron James and Anthony Davis reportedly met with Russell Westbrook before he was traded to Lakers about playing in LA but the league didn’t look into that.

*LeBron tampering with every superstar in the NBA*

I’m never one to complain about tampering, but they can’t continue to punish teams for tampering but constantly let Lebron orchestrate trades weeks before the front office even catches wind of it. It’s happened many times. I.e. AD, KLove, and now Russ. Come on now

It is worth noting that the league has found it hard to investigate player-to-player tampering in the past.

Please read the whole thread for a fuller picture.

Reminder: Players huddling like Russ, LeBron and AD did before the Laker/Wiz trade does not typically lead to NBA intervention because the league says it can’t police player-to-player discussion.