Sports Are Back!: The German Bundesliga Will Officially Resume This Month 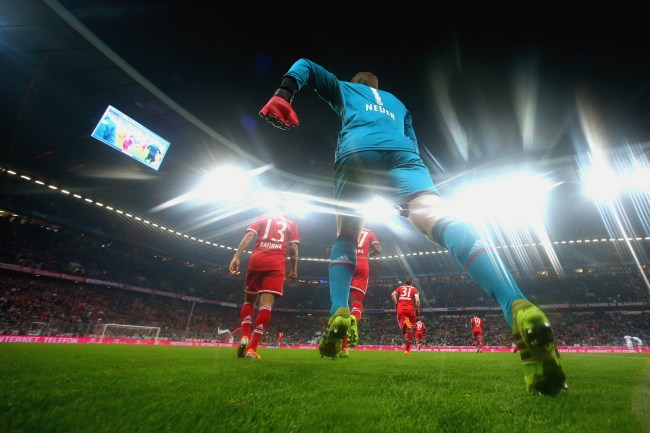 After a couple weeks of rumors and unconfirmed reports, the German government made it official today, as it’s been announced that the Bundesliga will be resuming their 2019-20 season this month. At this time, reports indicate the league will resume their season on either Friday, May 15 or Friday, May 22. Obviously, the games will be played behind closed doors.

The resumption of the Bundesliga season — which was suspended back in early March due to our current global situation — will mark the first major professional sports league in Europe to restart.

German Chancellor Angela Merkel has agreed to allow the country’s top two divisions resume the 2019-20 season inside empty stadiums as soon as May 15.

The Bundesliga will become the highest-profile sports competition to date to reopen, albeit under strict guidelines that includes widespread testing of players and staff and playing matches without fans in attendance.

Wednesday’s decision gave the Deutscher Fussball-Bund, or German Football Association, the final say on when to actually resume matches, with a firm date expected to be confirmed on Thursday. The hope is that the season, which was more than 70-percent complete when it was suspended, can be completed by the end of June. [via Yahoo Sports]

Even if you aren’t a soccer fan, the news of the Bundesliga restarting is a massive victory for sports fan across the globe. First and foremost, it’s a tangible sign of progress. With the Germans being the first to brave a restart, various other sports leagues around the world will now have a reference point. The Bundesliga not only provides the hope of a restart but a blueprint of how to do so.

And if you are a soccer fan like myself, rejoice, because we’re that much closer to having our game back.