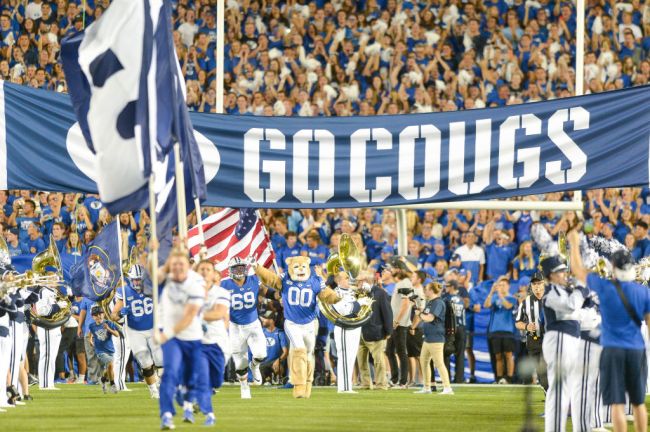 The biggest names in college football getting huge stacks of cash thanks to the new NIL rules have been dominating the headlines lately, and rightly so. The walk-ons, as per usual, however, haven’t been shown any love.

That is no longer the case in Provo, Utah thanks to the protein bar company Bar Built.

On Thursday, BYU football shared a video of a representative of the protein bar company offering to pay the full tuition for one of the walk-on players on the team. After the first walk-on was awarded free tuition, a second walk-on was singled out and given free tuition as well.

Then, at the end of the video, the representative revealed that the company wasn’t just going to be paying the tuition for two walk-ons, but for all 36 on the roster.

Talk about an awesome scene. While BYU may be the first program to have their walk-on’s school be paid for, it surely won’t be the last given how quickly the new NIL rules are taking shape in every athletic department around the country.

Now, will all 36 of these walk-ons have to promote the hell out of this protein bar until they graduate? Probably, but that’s a small price to pay for free tuition.

The players who agree to the NIL deals with Built will wear the company’s branding on their practice helmets and participate in “experiential events.” BYU’s walk-on players will also “provide additional social media and experience promotions” for the brand, according to Yahoo.

The average cost of tuition after aid at BYU is just over $13,000 per year.