The 2021 NBA Draft will take place on July 29th. The Detroit Pistons have the #1 pick and Cade Cunningham is a lock to go number one overall. Just hit play on that video above to learn his origin story and about what makes him so special.

In that clip up top, Whistle went behind the scenes with Cade and his inner circle for their ‘No Days Off’ series. We get a glimpse of why the point guard who just finished one year at Oklahoma State is poised to be the next NBA megastar.

This is the first time in Cade Cunningham’s life that he’s been able to focus entirely on basketball and not school and other stuff. He believes this is taking his game to the next level and those around him believe the same as well.

An interesting part of Cade Cunningham’s origin story is that he grew up in Arlington, Texas as a dual-sport athlete in Football and Basketball. In Texas, Football is life. Everyone knows this. If you’ve ever driven around that part of Texas you’ve seen the huge billboard-sized signs in people’s yards showing off their star youth athletes. Cade played QB growing up and he actually credits that with making him a better passer on the basketball court.

He is already a Gold Medal winner after leading Team USA in the FIBA Under-19 World Cup. Cade’s trained by his cousin which is a cool family connection to have as he’s on his way to becoming one of the most famous athletes in America.

After playing just one season for Oklahoma State, Cade Cunningham announced that he would enter the NBA Draft. He averaged 20.1 PPG, 6.2 Rebounds, and 3.5 assists. He joined Kevin Durant, Marcus Smart, and Michael Beasley in becoming just the fourth Big 12 player to win both the Big 12 Player of the Year and Big 12 Freshman of the Year awards.

Now he will join the Detroit Pistons, become a VERY wealthy man, and make the city of Detroit an electric sports city once again. 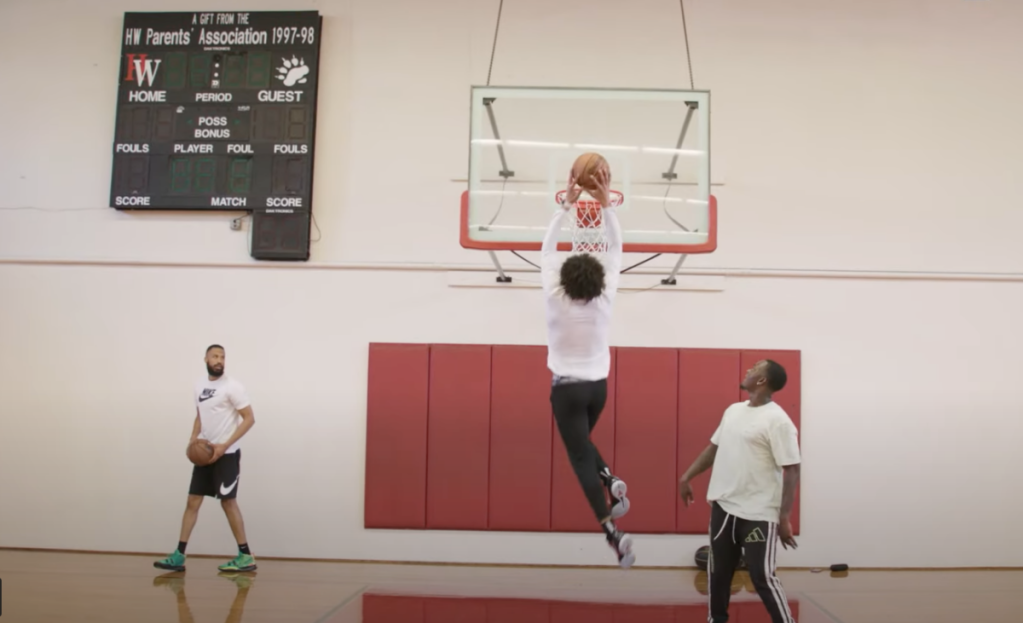