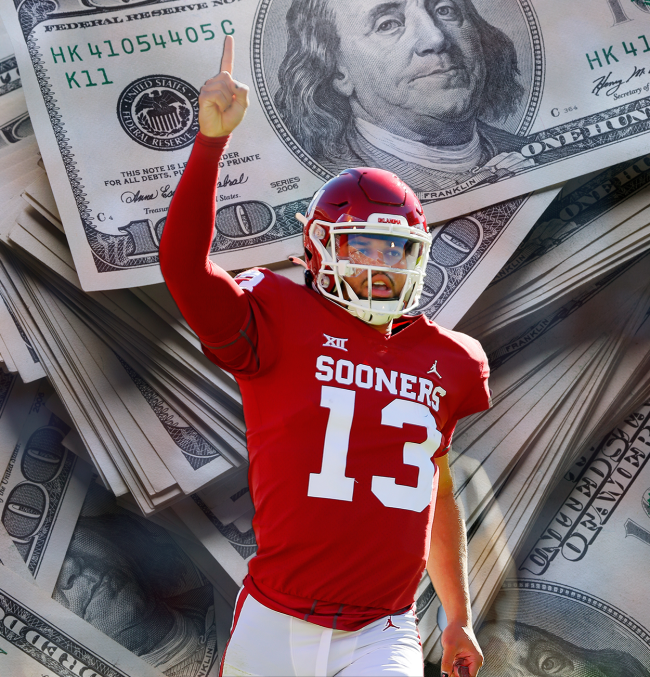 It has been 10 days since Caleb Williams officially announced that he was transferring to USC. In that timeframe, he has already locked down three major deals for his Name, Image and Likeness with more on the way.

Less than 24 hours after his decision was made public, autographed merchandise appeared on the Trojans’ team store. The officially licensed memorabilia is part of his deal with with Fanatics, which was formally publicized on the ninth. Terms of the deal are not clear, but it is likely percentage-based with Williams getting a cut of the sales.

Welcome to LA 🌴😎 and welcome to the Fanatics Family @CALEBcsw!🔥 Check out all his officially licensed memorabilia below! #FanaticsExclusive #FightOn
•
Shop NOW ➡️ https://t.co/fy21UQYAvh pic.twitter.com/pQ5hCUKu4C

Two days after the signed merch dropped online, Beats by Dre announced that it had partnered with Williams. Finances were not disclosed, but with an international brand like Beats — owned by Apple — it can’t be cheap.

In addition to Fanatics and Beats by Dre, Williams also signed one of the more unique NIL deals to date.

The 19-year-old has entered the grooming space as a part-owner, not just a partner.

Williams’ mom is a nail technician, so he has always been around nail art. After seeing his favorite musical artists like A$AP Rocky and Lil Yachty dabble in nail art, he decided to do the same. Throughout 2021 he had his nails painted with a very specific, anti-Texas color scheme.

Now he is a part-owner of the grooming brand ‘Faculty,’ and will appear in ad “campaigns, collaborations and revenue partnerships.”

“For Caleb, when you get him early you start to interact with his audience. We’re interested in getting young athletes, we’re interested in the demo so we can show the comfort of expressing,” said Faculty co-founder Fenton Jagdeo.

“As we start to grow, expect to see product collaborations, expect to see campaigns. We’re still in the primitive days of the relationship, but expect to see that. He mentioned his efforts in mental health so we’re thinking how we can tie them together.”

Williams’ agreement with Faculty marks his third NIL deal in less than 10 days. He also told Good Morning America that he is the Name and Image for a new company called Ac+ion Water.

As a result, Williams’ monetary valuation in terms of NIL has skyrocketed.

But that is only going to continue to grow. Williams’ deals are not done yet.

“We’re going to do more, obviously,” Williams told ESPN’s Pete Thamel. “I still have two years left in college. Don’t really have exact dates for certain things or what’s next yet. Just got to school and got to actually be around my guys and go to school and focus on football and get ready for the season. There will be more.”

When it’s all said and done, Williams could find himself with six figures in his bank account before even beginning his sophomore season in college— if he isn’t there already. NIL, which the NCAA was so adamant against for so long, is already paying dividends for some of the nation’s top players like Williams and the money is just going to keep coming in.