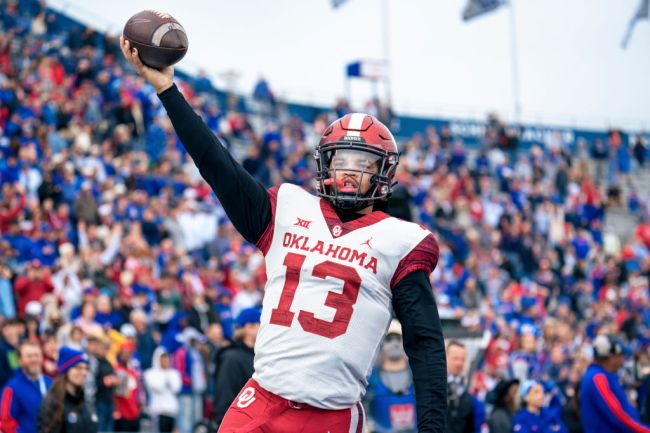 Oklahoma quarterback Caleb Williams has never held back on how he feels about Texas. He has been vocal since his commitment to OU.

The true freshman, former five-star recruit took over in the Red River Shootout earlier this month and has not looked back. Williams, nicknamed Superman, took over for Spencer Rattler in the second quarter and led the Sooners back from the largest deficit in the rivalry’s history.

After the game, he was all over social media giving the “Horns Down” sign.

However, upon further notice, Williams wasn’t just giving the “Horns Down” with his hand. He was also doing it with his nails.

The 18-year-old has been wearing a vicious message toward Texas painted on his fingers all season.

If you look closely, his pointer and pinky fingers have an upside down Longhorn. On his middle two fingers on both hands it reads “FU UT,” as in “F**K U UNIVERSITY OF TEXAS.”

See it for yourself:

To really make his hatred for Texas heard, he has worn them all season, regardless of the opponent. Here he was during last weekend’s three-touchdown win against TCU: 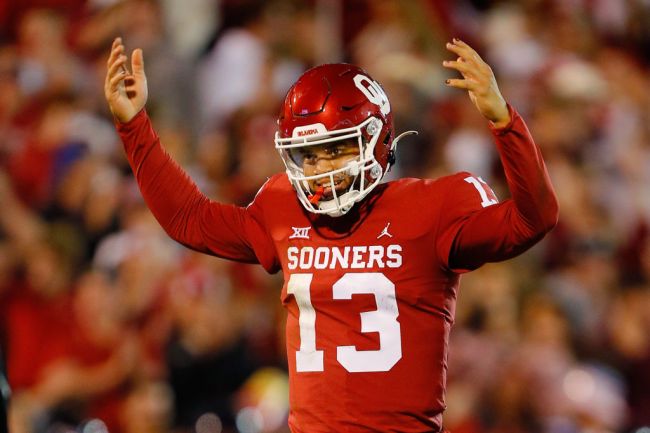 And here he was today in a tight win over a very bad Kansas team:

Looks like Caleb Williams painted his nails to have two Horns Down symbols and “UT” pic.twitter.com/IoxGpzq6b8

Williams was not expected to see much time this season behind preseason Heisman Trophy candidate Spencer Rattler. Now he is the guy in Norman for the foreseeable future and his nails are sure to be a topic of discussion for quite some time.

They are not subtle at all.

It’s a ruthless move from Williams and it will be interesting to see how long the painted nails stay.