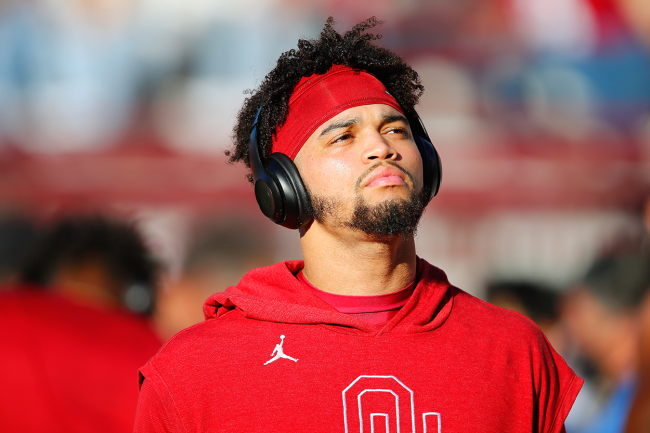 After 28 days in the college football transfer portal, Caleb Williams officially committed to continue his college career at the University of Southern California. Williams will reunite with his former head coach at Oklahoma, Lincoln Riley, and makes the Trojans immediate contenders in the very near future.

In addition to his football talent, he is also bringing something else with him to Los Angeles, allegedly. Apparently, Williams has a thing for feet.

Now, this is 2022, so there is no judgement being passed and whatever things that people are into (within reason) is up to them. We don’t kink shame. However, there are simply some things that cannot be ignored, especially when the information is put in front of your face, like Williams’ alleged foot fetish.

In his comments, a juicy tidbit came to light.

One student, a sorority girl at the University of Oklahoma, commented on Williams’ post, claiming that he has a foot fetish.

“Taking your foot fetish to California,” she said.

She had quite a few of her friends comment in reply to her initial comment, as if they know something. Among them is her father, who commented “😂😂😂.”

I have reached out to the initial commenter for a response, but she has not replied. I also reached out to both USC and Williams with no reply from either party thus far.

However, the commenter seems to know something about Williams and his interest in feet. If her dad is replying to the comment, there is reason to believe that there may be some truth to the matter. The world may never know if Williams really has a foot fetish, but we don’t not know.