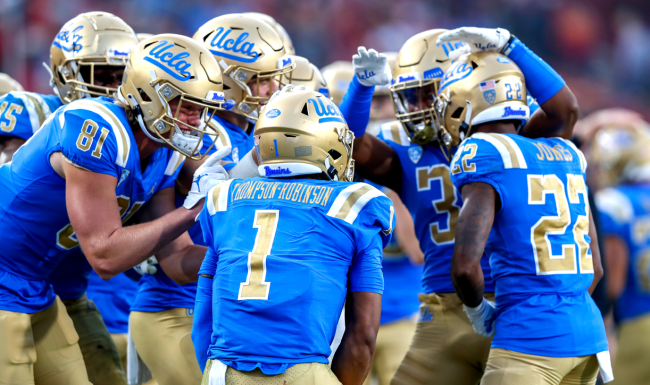 Count California Governor Gavin Newsom among many people who are angry about the USC Trojans, and in particular, the UCLA Bruins moving to the Big Ten.

Newsom slammed UCLA on Thursday for moving to the Big Ten without even having “the decency to provide (a) heads-up” to the University of California Board of Regents, of which he is an ex officio member and President.

“I read about it,” Newsom told Fox 11 News, pointing out that he wasn’t even aware of the move.

“No big deal, I’m the Governor of the state of California. Maybe a bigger deal is I’m the chair of the UC regents. No, I read about it.

“Perhaps it was deep conversation with other presidents or chancellors in the system that impact more broadly than just the UC’s, but other universities including Stanford University…” Newsom said with more than a hint of sarcasm.

“I have strong opinions about this, for no other reason than as a member of the regents, we were never consulted, never asked for an opinion, and they didn’t even have the decency to provide (a) heads-up.”

What he can do about UCLA’s move to the Big Ten now, he did not say.

Many fans on social media, however, did express their opinions of what Governor Newsom can do in the wake of UCLA and USC’s defections to the Big Ten.

Like he's going to be able to do something about it

I can't think of a single reason why would a university not want to discuss a confidential topic with a collection of politicians that are known to leak stories to the press for personal gain.

Glad to see he’s focused on the “important” issues.

HE can't doing anything about it. So stop. The guy's a joke.

But how does everyone really feel about Governor Newsom’s role in all of this?