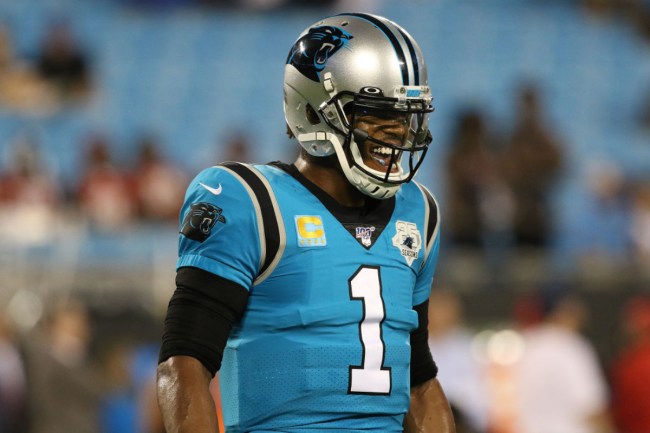 Cam Newton is back in the NFL. Not only is he back in the league, but he’s returning to the team he spent the majority of his career with, the Carolina Panthers.

On Thursday morning it was reported that Newton would be meeting with the Panthers and shortly thereafter Carolina announced that the 2015 NFL MVP is officially back. Newton’s signing comes as a result of Sam Darnold injuring his shoulder a week ago and the expectation of him being sidelined for at least a month.

If Newton earns up to $10 million it would make him the 18th highest-paid QB in the NFL based on his cap hit. Newton would be making more money than the likes of Kyler Murray, Joe Burrow, and Daniel Jones, just to name a few.

NFL fans and media members alike were shocked to see the dollar figures involved in Newton’s newest deal with the Panthers.

Panthers traded second, fourth, and sixth round picks to rent Sam Darnold for nine games of below .500 play just to signed Cam back midseason for more money than he got from the Patriots https://t.co/XjE8XEVWP1

CAM’S AGENT GETTING THAT RAISE!!! https://t.co/BLQejPw2kd

Cam’s agent hearing the numbers the Panthers threw out for half a season of work https://t.co/gtDJIxQLKx pic.twitter.com/wTxao3OLhR

Newton could theoretically start for the Panthers on Sunday against the Arizona Cardinals, but P.J. Walker is likely to get the nod this weekend.