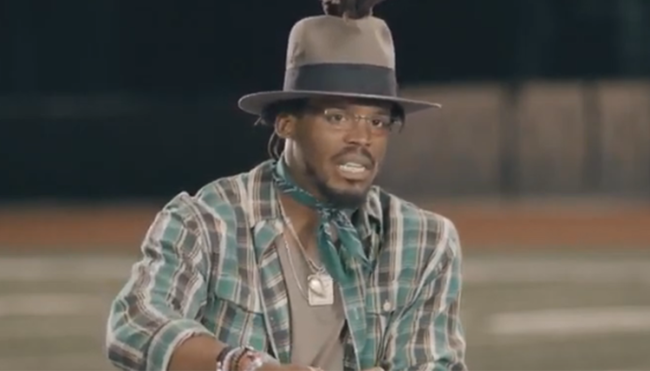 That decision didn’t work out particularly well for anyone involved, as Newton failed to make much of a mark during his brief stint with the Patriots and Teddy Bridgewater left plenty to be desired as his replacement in Carolina. When the current season kicked off, the former found himself without a job after New England handed the starting job to Mac Jones, while the latter found a new home in Denver after the Panthers chose to put their faith in Sam Darnold following a trade with the Jets.

It’s safe to say the Sam Darnold Experiment did not pan out as hoped, as the QB posted some absolutely dismal numbers before suffering a shoulder injury last week that will keep him sidelined for at least a month.

Sam Darnold has thrown 160 passes over the past five games.

373 QB have thrown at least 160 passes in a season over the past decade. His stretch would rank:

It almost literally cannot get worse.

Now, it appears things have come full circle, as Jonathan Alexander reports multiple sources have confirmed Newton is meeting with the Panthers on Thursday to discuss a potential return to Carolina.

As you’d expect, the news generated plenty of great reactions from fans.

Panthers fans blowing the dust off their Cam Newton jerseys when they dig them out of storage https://t.co/bmedHOzETF pic.twitter.com/fBFF3aDExW

Cam Newton back in a Panthers huddle pic.twitter.com/3D84HAa6D6

cam newton waiting for lamelo ball to give him his Charlotte apartment back pic.twitter.com/5fwGO90aCD

Cam Newton about to walk back into Carolina like pic.twitter.com/Fasuixt8r3

Cam Newton pulling up to the Panthers Facility Like…. pic.twitter.com/JOvYYkf26I

As things currently stand, P. J. Walker is poised to get the start against the Cardinals on Sunday, but it’s hard to imagine he’ll remain the primary option in the pocket for much longer if Newton does indeed make his grand return.