Cam Newton Has COVID-19 And Patriots Game Might Be Canceled So Is It Time To Panic About The Season Yet? 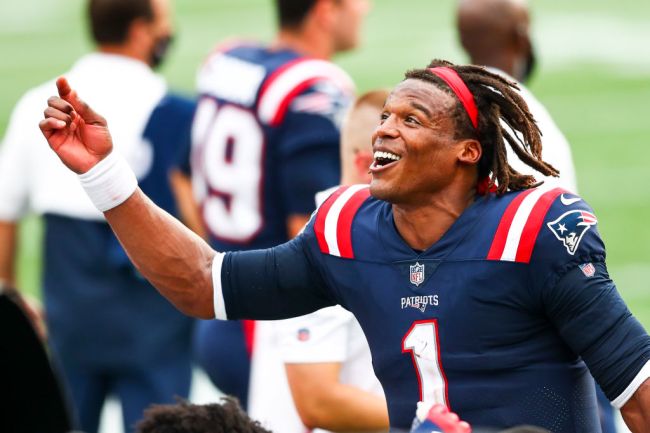 Newton will not play on Sunday against the Chiefs, according to multiple reports

A former league MVP who is in his first year with the Patriots, Newton is by far the highest-profile NFL player to test positive for the coronavirus this season.

Although the league was forced to postpone Sunday’s Titans-Steelers game because eight Titans players have tested positive, none of those players was nearly as well known to the general public as Newton.

Patriots’ QB Cam Newton tested positive and is out for Sunday’s game vs. Kansas City, per @FieldYates and me.

Newton’s status now puts the game against the Kansas City Chiefs in doubt.

The expectation is that the Chiefs’ and Patriots’ game will not be played as scheduled tomorrow at 4:25 ET, per source

This announcement comes on the heels of three more Tennessee Titans testing positive.

So far, Newton is the only Patriots player or staff member to test positive.

This is isolated. So as of right now, it’s only Cam Newton. https://t.co/Gb4kdUKBFM

The Patriots have released a statement in regard to Newton.