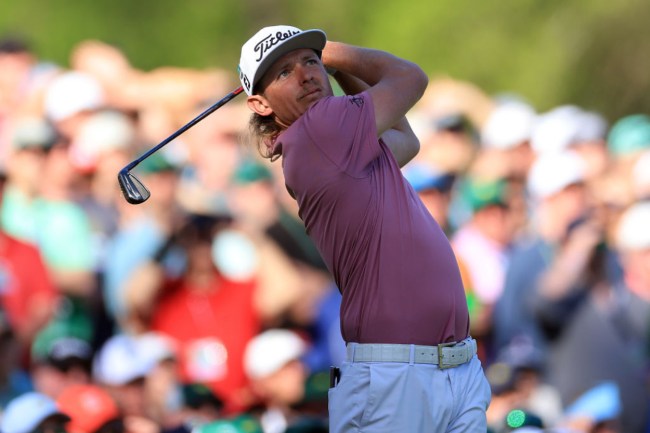 Cameron Smith stepped to the 12th tee at Augusta National on Sunday three shots behind leader Scottie Scheffler. He walked off the 12th green six shots back after carding a triple bogey, one that likely cost one sports bettor close to $100k.

After making a birdie on the Par 4 11th, one of the most difficult holes of the week, Smith was looking to carry that momentum onto the iconic Par 3 12th. The golf gods had a different plan in mind and sent his tee shot into Rae’s Creek.

After taking a drop, Smith missed the green with what was his third shot and wrote down a dreaded No. 6 on his scorecard.

While Smith’s triple-bogey disappointed many golf fans, none were likely as upset as one sports bettor who reportedly wagered $750 for Smith to finish runner-up to Scheffler.

A bettor at @BetMGM bet $750 before the Masters began that Scottie Scheffler and Cam Smith would finish first and second (in either order).

It’s worth pointing out that even if Smith would have made par, birdie, or any other score on the 12th hole, we don’t know what the rest of his round would have held.

However, if Smith would have managed to make a bogey on No. 12 and finished with the same scores on his remaining six holes he would have finished T-2 alongside Rory McIlroy. If he made par, it would have resulted in a solo second-place finish for the Aussie.

Betting on golf is extremely difficult, even in a limited-field event like the Masters. The fact that the bettor picked Scheffler to win and was two shots shy of picking Smith as the runner-up is utterly insane.