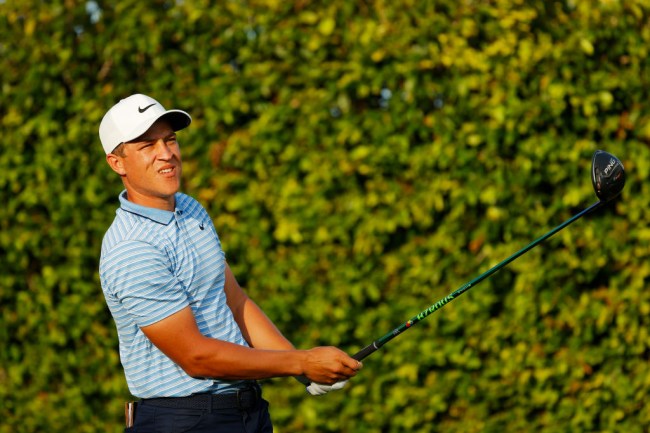 After Nick Watney became the first PGA Tour member to test positive for the coronavirus on June 19, Cameron Champ became the second to test positive on Tuesday ahead of the Travelers Championship. Champ, of course, had to withdraw from the event after the positive test.

The PGA Tour released a statement explaining that the 25-year-old tested positive during pre-tournament screening. Based on Champ’s quote in the statement, he was showing symptoms of having the virus prior to receiving the unfortunate news.

PGA TOUR member Cameron Champ has withdrawn from the Travelers Championship after testing positive for COVID-19 during pre-tournament screening on Tuesday. Champ will have the PGA TOUR’s full support throughout his self-isolation period under CDC guidelines.

“I feel great physically and I was obviously surprised and disappointed to learn of the test result,” said Champ. “It’s important now to take the necessary steps and measures to protect others, including my loved ones.”

Based on the PGA Tour’s health and safety guidelines regarding the virus, Champ will now have to self isolate for at least 10 days with no symptoms or two negative test results at least 24 hours apart.

Champ did not play in last week’s RBC Heritage in Hilton Head but did play the week prior at the Charles Schwab Challenge in Fort Worth.

The TOUR stated that it is expected to release full testing results at the completion of the pre-tournament testing process on Wednesday.