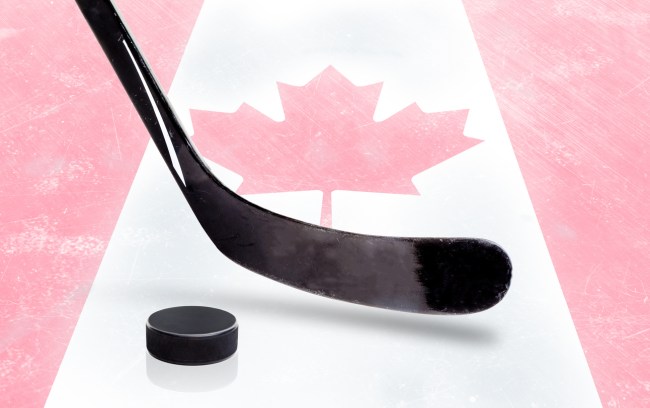 Humans are inherently skeptical of outsiders, and while there are some people out there who are more than willing to immediately welcome strangers to whatever group they’re a part of, most organizations are going to hold off on accepting someone as one of their own until they prove they can hang.

This is especially true in the world of sports, where new additions to a team have historically been subjected to some sort of initiation that requires them to endure certain rites of passage, whether it’s hauling other people’s equipment, getting taped to a goalpost, or singing “Hit Me Baby One More Time” while dressed in the same outfit Britney Spears wore in the music video.

While those forms of hazing are fairly cheeky and fun, there are others that are decidedly crueler and tragic, and over the past decade or so, there’s been a huge push—especially at high schools and colleges—to address more sadistic practices that have resulted in a number of players dying after being forced to drink unhealthy amounts of alcohol and even more who have fallen victim to the weird fascination so many dudes seem to have with shoving things up people’s butts.

However, hazing is also incredibly prevalent at higher levels. Amateur athletes have administrators they can turn to when a line is crossed but pros don’t really have the same luxury, which can lead to them being forced to put up with some fairly fucked up shit—which is really the only way to describe the allegations in a lawsuit that was recently filed by a couple of former hockey players from Canada.

According to The Hockey News, Daniel Carcillo and Garrett Taylor lodged a class-action complaint on Thursday against the Canadian Hockey League and three of its affiliate organizations in search of damages stemming from the blind eye they turned to a culture of hazing that led to them being constantly terrorized during their time playing junior hockey as teenagers between 2008 and 2010.

If anyone has any questions regarding the class action lawsuit against the @CHLHockey that was filed today, you can reach out to my lawyer James Sayce jsayce@kmlaw.ca@OHLHockey @TheWHL @QMJHL #ohl #whl #hockey #abuse #nhl #hazing #accountability pic.twitter.com/chJeMDtJFg

There are almost too many allegations to list and I highly suggest you take a look at the lawsuit yourself to truly appreciate how twisted some of this stuff was, but Carcillo—who eventually found his way to the NHL—and Taylor issued some truly explosive claims, saying players were:

Based on some of the horror stories I’ve heard from a couple of hockey players I know, some very questionable shit goes down in a lot of locker rooms on a regular basis. However, this is on an entirely other level compared to the anecdotes I’ve come across.

We’ll obviously have to wait and see how this plays out in court but I can’t think of any reason why these guys would make this up and have a feeling this might only be the tip of the iceberg if others feel more comfortable sharing their own experiences now that these two have gone public with theirs.