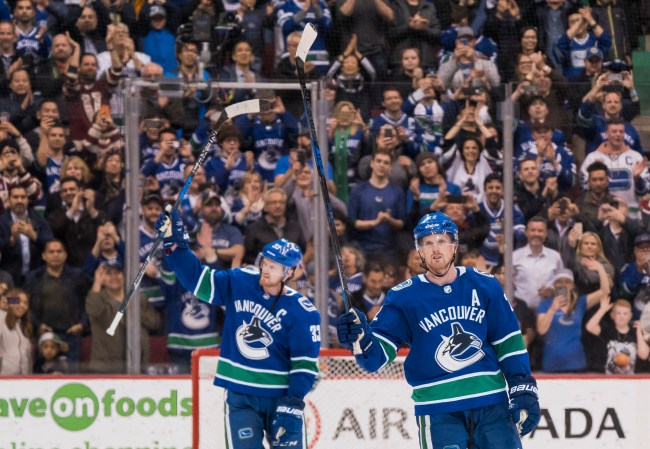 Everyone in attendance to watch the Sedin twins say farewell to the city of Vancouver was treated with the twins combining for two goals,  one an overtime winner, in a dramatic 4-3 overtime win against the Arizona Coyotes.

But, one fan, one extremely lucky fan, was treated to much more–$397,275. UNTAXED. So that would be like $2 million in New York (New York high tax joke! High five!)

In the third period, the Canucks announced a record jackpot of $1,014,555 for the 50/50 draw, thanks to a previously unclaimed prize and a full crowd throwing dollars at the raffle. The Canucks For Kids charity fund would take half of the winnings by design, leaving one unnamed fan with nearly $400,000 in winnings, which is not taxed per Canadian law.

$507,278: What a Vancouver Canucks fan is taking home tonight, tax free, thanks to the largest 50/50 raffle prize in North American sports history. (Prize is $397,275 in US Dollars) pic.twitter.com/d7H7kGIIKj

According to ESPN, The winnings set a 50/50 record in North America–with the previous record coming last year at an Edmonton Eskimos CFL game, where a fan won $345,160.

A charity promoting the health and wellness of the community receiving hundreds of thousands + A lucky fan receiving life-changing money + A dramatic overtime win in the Sedin twins final home game of their careers = A very good night in Vancouver.