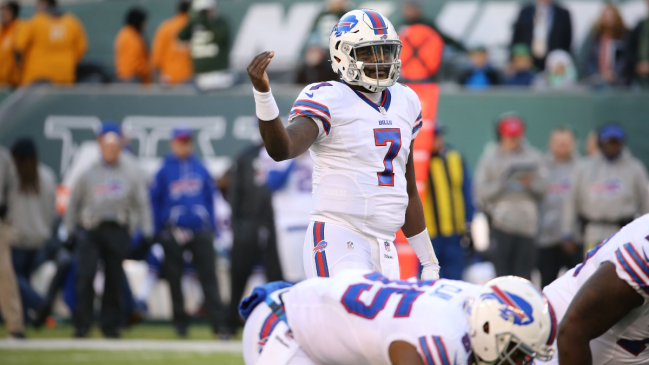 One of the best aspects of college sports is the emergence of cult heroes.

Athletes that, for a short time, were on top of the world. Athletes who are legends among their university’s fan base, but may never amount to much when it comes to the pros.

The college football world will never forget names like Tommie Frazier and Tim Tebow, while Tyler Hansbrough and Adam Morrison once dominated the hardwood.

But injuries to both quarterbacks ahead of him on the depth chart thrust Jones into the spotlight. He made the first start of his college career in the Big Ten Championship Game, leading OSU to a 59-0 win over the Wisconsin Badgers.

Jones then led the Buckeyes to a 42-35 upset win over Alabama in the College Football Playoff semifinal before winning the national championship game, 42-20, over the Oregon Ducks.

But that’s where his career would. Jones began the 2015 season as the Ohio State starter before eventually losing the job to Barrett. He entered the 2016 NFL Draft and was selected in the fourth round by the Buffalo Bills.

Jones lasted just one year with the Bills before he was traded to the Los Angeles Chargers. He served as a backup for one year and landed on the practice squad in 2018. He was out of the league by 2019.

After brief stints in the XFL and CFL (where he replaced Barrett) he called it quits.

But now he’s back!

Cardale Jones Signs With Massachusetts Pirates Of The IFL

Jones recently signed with the Massachusetts Pirates, who Wikipedia tells me won an IFL Championship in 2021.

The Massachusetts Pirates have signed quarterback Cardale Jones for the 2023 season. https://t.co/oS6l36tXrk

“Cardale is a winner. He has the ability to create and improvise, obviously has a live arm and has competed at the highest levels of football. We’re excited to insert his skill set and abilities within our organization. We want a locker room full of enthusiasm this year and my conversations with Cardale have only reflected that sentiment. We’re really glad to have him,” Pirates co-owner, president and general manager Jawad Yatim said in a statement.

The move is one small step for Cardale Jones, but one giant leap for college sports cult heroes. Welcome back, 12 Gauge.