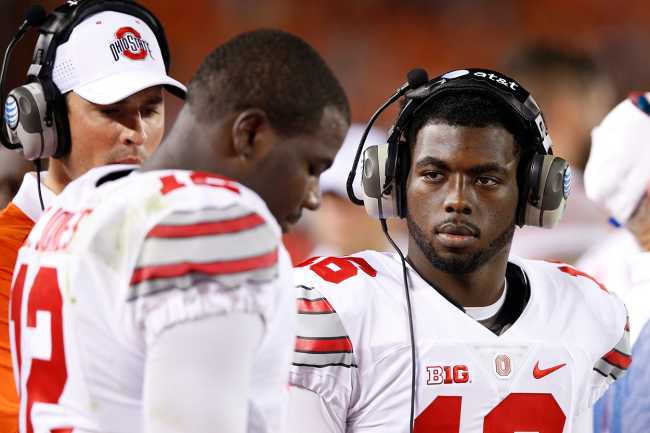 On November 29, 2014, Ohio State starting quarterback J.T. Barrett went down with an injury against Michigan and was replaced by Cardale Jones. Now, almost eight years later, the exact same situation is taking place in Canada.

On Friday evening, the Edmonton Elks of the Canadian Football League announced that they had moved Barrett to the retired list. The 27-year-old quarterback suffered an injury in late March that would have kept him out for the entire 2022 season.

Simultaneously, the Elks announced that they had signed Jones. The 29-year-old quarterback, who replaced Barrett in 2014, will do so again in 2022.

If history is to repeat itself, Edmonton is on its way to winning the Grey Cup.

In 2014, Jones came on to beat Michigan after Barrett was sidelined with what was later determined to be a broken ankle. And then, in relief, Jones and the Buckeyes went on to beat the Alabama Crimson Tide in the Sugar Bowl and won the College Football Playoff National Championship.

Jones began the 2014 season as the third-string, behind Barrett and Braxton Miller. He finished the year as a national champion, split time with Barrett in 2015 and was drafted in the fourth round of the 2016 NFL Draft.

This time around, Jones has not played in two years. It will be his first opportunity to play professional football since quarterbacking the D.C. Defenders during the (first) XFL reboot in 2020.

Jones will head north and make his regular season debut with the Elks on June 11th.