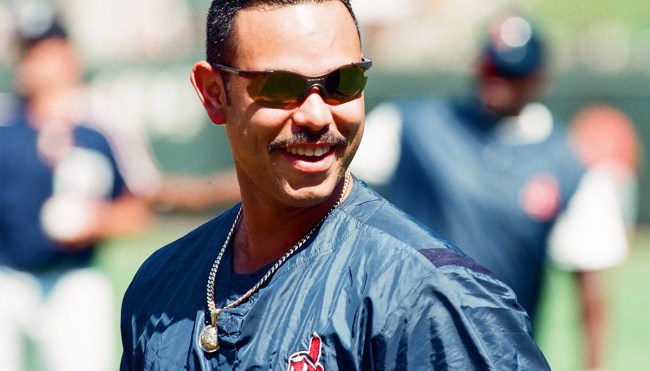 Virtually every sport in existence has its fair share of superstitions and baseball is no exception, as plenty of players will avoid disturbing the chalk on the baselines when making their way on and off the field and make sure to never acknowledge the possibility of a no-hitter in the later innings of a game.

As is the case with most athletes, many baseball players also subscribe to certain traditions they rely on to get in the right mindset. However, I don’t think you’ll ever encounter a more bizarre pregame ritual than the one former Cleveland Indians infielder Carlos Baerga engaged in before heading out to the diamond.

On Tuesday, Carlos Correa managed to rustle plenty of jimmies when he claimed Derek Jeter didn’t deserve any of the five Gold Gloves he racked up during his legendary career with the Yankees. The shortstop shared that Hot Take during an interview that was moderated by Baerga, which eventually came to the attention of WFAN radio host Craig Carlton.

While discussing Correa’s comments with co-host Evan Roberts, things took a very interesting turn when Carlton learned Baerga was the man who conducted the interview. This led to him opting to share a story about a wild encounter he had with the second baseman during a visit to the Indians locker room in Cleveland a few decades ago (the tale in question kicks off around the 13:30 mark).

“As I walk towards the trainers’ room, I hear this [rhythmic banging sound]…

Carlos Baerga is sitting on top of one of those stools, and his baseball pants are down around his ankles. In his hand, is what could very well be a baseball bat, but is much smaller and is attached to his body. And he is slapping it against the doctor’s stool, rhythmically.

“So, I of course stare at it a second or two longer than I should have, and I turn around, and half the Indians roster is behind me, all laughing hysterically. He keeps going though! He doesn’t stop!

“I go back to [Charles] Nagy, ‘What’s that?’ He goes, ‘Pregame ritual. Nobody asks. Nobody wants to know.’”

Say what you will about the ritual, but when you consider Baerga was selected to the All-Star Team and earned two Silver Slugger Awards during his time in the MLB, it’s hard to argue it didn’t work out pretty well for him.