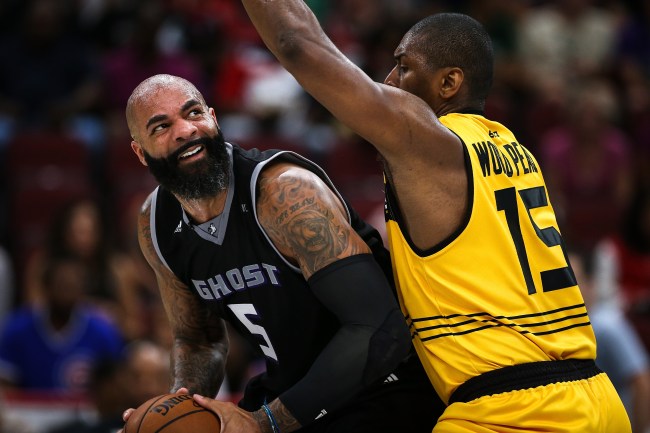 From Luka to LeBron, countless NBA figures tweeted at Zion Williamson after he exploded his shoe and mildly sprained his knee 30 seconds into the much-anticipated Duke/UNC game.

Former Duke star and retired NBA player Carlos Boozer was one of those figures. Kinda. The man who famously Sharpie’d hair on his bald skull attempted to tweet out well wishes to Zion Williamson in the wake of the injury, but instead tagged, @ZionNPS, the National Park Service.

The National Park Service, a popular account with nearly a half million Twitter followers, was sitting, waiting, and ready to smack this viral opportunity out of the park.

Thanks! In anticipation of heavy snow, several roads at @ZionNPS have closed. Be careful out there! Visit https://t.co/uL53F1ff1E for updates. ❄️

Love ya @MisterCBooz. This is the first time I’ve laughed in 98 minutes. Zion’s absence leaves a hole the size of a national park. https://t.co/wkXEZis67k

Boozer eventually tagged the real Zion, but gotta give him props, he didn’t delete the tweet that drew attention to America’s beautiful, oft-forgotten national parks.

The moral of the story is that hoping Zion Williamson gets better and wishing health and prosperity to national parks don’t have to be mutually exclusive. Thanks for schooling us on that, Carlos.