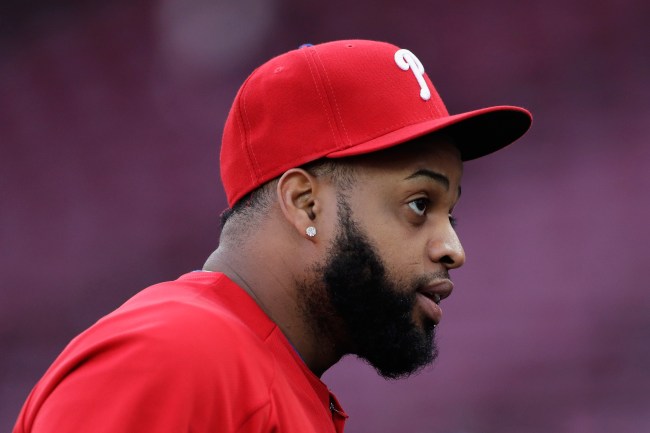 Last season, the Philadelphia Phillies finished with an underwhelming record of 80-82, good enough to miss the playoffs for the seventh consecutive season under the first season of Gabe Kapler’s management.

Philadelphia Phillies veteran first baseman Carlos Santana, who has since returned to Cleveland after a one-year stint with the Phillies, refused to give in to the pitfalls of a losing culture even after the team was officially eliminated from playoff contention.

The Phillies had lost their ninth consecutive game toward the end of last September and Santana saw the drought as an opportunity to teach his teammates, who made up the youngest roster in baseball, a lesson about integrity and pride. Teammates, which remain nameless, had spent a portion of a game against the Phillies in the clubhouse playing Fortnite when Santana took matters into his own hands.

Santana grabbed a bat, retreated to the room at Citizens Bank Park where the gaming took place and smashed the TV to ensure there would be no more “Fortnite” the final two days of the season.

“I see a couple players — I don’t want to say names — they play video games during the game,” Santana told ESPN. “We come and lose too many games, and I feel like they weren’t worried about it. Weren’t respecting their teammates or coaches or the staff or the [front] office. It’s not my personality. But I’m angry because I want to make it good.”

“I don’t know what happened,” Santana said, “But I’ve never seen that in my life—during the game, playing video games. It’s not professional. Each team is everybody all together. I understand we’re eliminated for the season, but you have to have pride.”

To avoid apathy going forward, Kapler, who has the reputation of being a hands-off manager, gathered a mix of 13 vets and team leaders to outline a policy that will include players coming out for the national anthem and pitchers remaining in the dugout during games.