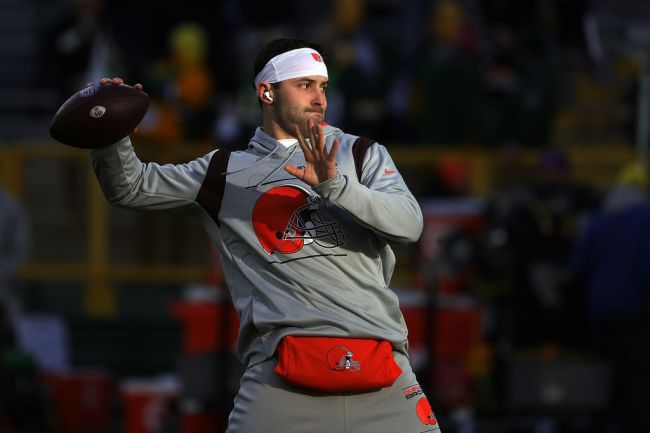 There has been a lot of chatter about Baker Mayfield and the Carolina Panthers over the last few days.

According to recent reports, the team is the leader to land Baker before the start of next season, but one of their top wide receivers isn’t quite interested in the team acquiring hime.

Today, Panthers beat writer Sheena Quick revealed the extent of the team’s interest in Baker and when a deal could potentially get done.

#Panthers interest in Baker Mayfield is due diligence. It is highly unlikely that a deal – if there is to be one – will be made before the #NFLDraft

Robbie Anderson will be glad to hear this, but the Panthers interest in Baker Mayfield should really be more than just “due diligence”.

The Panthers have a solid defense and plenty of weapons on offense. The one thing holding them back from making a real push for the playoffs next season is the fact that Sam Darnold is currently expected to be their starting quarterback.

While the Panthers are expected to address the position in the draft, none of the options available to them are solutions for the coming season. If they actually do end up drafting one of this year’s quarterback prospects, Baker makes even more sense.

Baker only has one year left on his contract, which would give the Panthers a year to try and compete with him at the helm while their draft pick develops.

Maybe the Panthers are just trying to get Baker for as cheaply as possible, but they need to make sure they wind up with a startle veteran before the start of next season or they’ll be picking in the top 10 again next year.