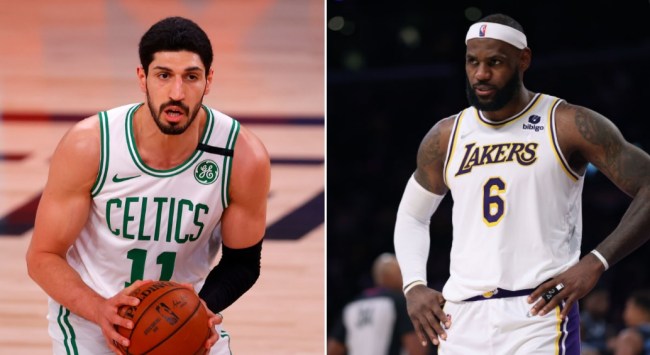 Boston Celtics big man Enes Kanter has made it his mission to speak out on China’s human rights violations.

On Tuesday, Kanter took aim at the owner of Nike and LeBron James by challenging them to visit slave labor camps in China.

To the owner of @Nike, Phil Knight

How about I book plane tickets for us
and let's fly to China together.

We can try to visit these SLAVE labor
camps and you can see it with your
own eyes.@KingJames @Jumpman23
you guys are welcome to come too.#EndUyghurForcedLabor pic.twitter.com/241bg887JO

It’s going to be interesting to see what happens when the Lakers face the Celtics later this season.