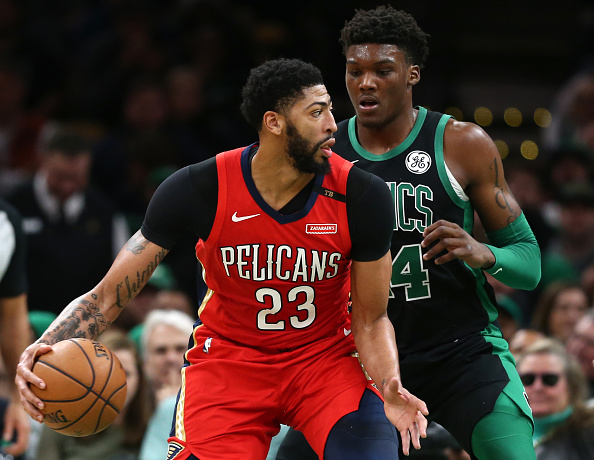 Over the weekend it was revealed that the LA Lakers refused to give up assets in a trade for veteran forward Trevor Ariza because they were saving up their young players to trade for Anthony Davis.

With Ariza having let the Suns know he wanted to go to the Lakers, the two teams stayed in communication. Ultimately, the Lakers weren’t willing to give up as much as the Wizards were. https://t.co/slWGomUvV4

Here’s ESPN’s Adrian Wojnarowski explaining how the Lakers are loading up to trade for Davis either this season or in the summer.

According to Woj, the Lakers are going to face stiff competition to acquire Davis because the Celtics have been “hawking” the Pelicans big man for years and are expected to make a huge bid for him this offseason.

Boston has been hawking Anthony Davis for years. They always hoped that it would be—whether it’s the end of this season or the beginning of next before the trade deadline—that they would gather up all those assets, all those picks Danny Ainge has, young players, and they’d be the team to be able to get Anthony Davis.

“But now you have L.A., and if they get shut out in free agency, they’re going to have to take all their young players to try to use them to get Anthony Davis.”

Davis’ agent is a close friend of LeBron and ultimately AD can put pressure on the Pelicans to trade him to the Lakers if he wants. We’ll see how it all plays out this summer.