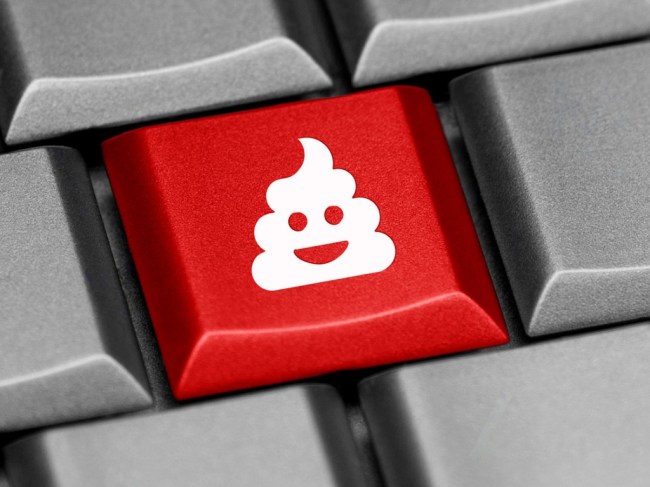 The CFL’s pre-season doesn’t kick off until May and I’d almost forgotten that the CFL even existed for a minute after all of this Alliance of American Football (AAF) hype last weekend.

The Toronto Argonauts broke that lull in CFL news this week when they announced that they’d signed Cory ‘Poop’ Johnson who goes by the name Poop. He’s a former Univesity of Kentucky DT who in 2014 spoke with LEX18 News about how he could fluctuate between 290 to 300 pounds on any given day because of his volume and frequency of dropping deuces. That might be the origin story of his nickname ‘Poop’ according to FTW but it’s not entire clear. For now, we’ll just assume it is.

So, the CFL announced on Twitter that the Argos had signed Poop Johnson without any mention of his birth-given name Cory and Twitter quickly lost its mind with everyone dropping jokes about blowing up the toilet.

The jokes came quick and fast, just like your bowel movements after a trip to Taco Bell or Chipotle. I’m always here for a good thread of poop humor.

Hopefully Poop can clog up the middle.

You’ve got to be shitting me

Is this the winner? It feels like we’ve got the winner here. This person’s distilled the name Poop Johnson down to its truest form.

For his part, Cory really embraces the name Poop. His Instagram is full of shit like this.

The Poop Johnson jokes go on and on and on. The Internet seems to have an endless stream of poop-centric jokes on hand, ready to deploy this arsenal of shitty humor at any point. Here’s that clip of Cory from a few years ago talking about his fluctuations in weight in case you didn’t catch it above: