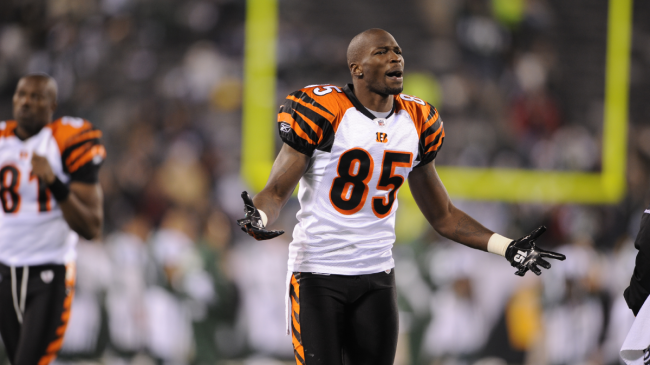 The Bengals could be in trouble after the opening week of the season. Not only did the team drop its Week 1 performance to the Steelers, but they suffered a game-changing injury in the process.

Tee Higgins was knocked out of the contest early after suffering a concussion. Higgins hauled in both of his targets but his absence from the field was evident.

With Higgins out of the lineup, Cincinnati struggled. Joe Burrow threw four picks, one of which was returned for a score, and the Bengals wound up losing in overtime.

Making things worse, the concussion could linger, holding Higgins out of next week’s game against the Cowboys. But have no fear, Bengals’ fans. There could be help on the way.

After seeing Higgins go down, former Bengals wide receiver Chad Johnson made his plea to join the roster. The pass catcher posted a tweet online making his pitch.

Johson says he’s still in playing shape, and he’s even offering to play for free. That seems like a deal for Cincinnati as they look to pick up their first win of the season.

As a player, Johnson hauled in 751 catches. We’ll see if the Bengals give him a call this coming week.