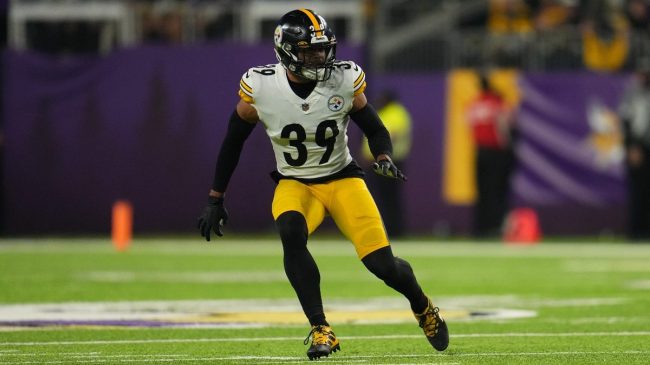 The 2022 NFL season has officially kicked off and we’ve already seen some big highlights. In one of the biggest matchups of Week 1, the Pittsburgh Steelers are taking on the Cincinnati Bengals. In a surprising turn of events, Pittsburgh recorded the first touchdown of Sunday after Minkah Fitzpatrick picked off Joe Burrow.

According to NFL on CBS, that was Fitzpatrick’s fifth defensive touchdown since 2018. He now has the most recorded touchdowns in the league in this time span, making him a crucial player for the Steelers. He’s been an absolute stud throughout his career but is clearly a major asset in Pittsburgh.

Most defensive TDs since 2018

It was an impressive play by Minkah Fitzpatrick. The NFL Twitter account shared the returned interception on Twitter. Joe Burrow looks like he attempted to force a pass to his receiver, but the Steelers’ safety was all over it.

Can't start the season much better than Minkah Fitzpatrick did. 🔥

There is still plenty of time in this game remaining (as of this posting). We’ll see how it plays out but the Steelers’ defense is getting the best of Joe Burrow and the Bengals. Pittsburgh should be competitive once again this year. Especially considering the franchise has never had a losing season since Mike Tomlin took over as head coach. As long as the defense stays strong, they’ll remain competitive throughout the year.

Keep an eye on Minkah Fitzpatrick though, as he aims to make some noise for Pittsburgh.