We Talked To Former NFL Player Chad Johnson About His Interest In Esports, His Respect For Pro Call Of Duty Players And His Open Challenge For People To Tip Generously At Restaurants 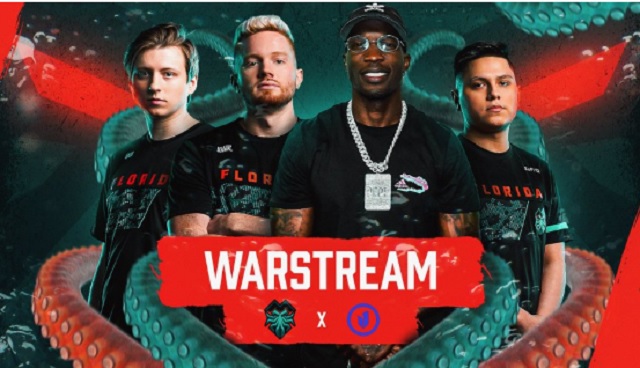 In just over a month, Call of Duty: Warzone, the free to play version of Call of Duty with over 50 million downloads since it dropped in March, has taken over the world during quarantine with everyone from average joes to professional athletes playing day-in and day-out.

This week we sat down with former NFL player and avid COD player Chad Johnson, who’s taking part in this week’s Live From Warzone Warream which pairs Call of Duty League professionals and celebrities together every week. This week Johnson is paired up with the Florida Mutineers and is NBA star Ben Simmons who is playing with the Toronto Ultra.

Catch me Live From The Warzone tonight with @torontoultra at 6:30PM EST VS @ochocinco and @flmutineers! #codpartner Let’s run it 😤 pic.twitter.com/rrydTBCmLH

If you follow Chad on Twitter, you would know that he’s a big-time gamer and due to the coronavirus lockdown around the country he’s been dedicating some time playing videogames during quarantine just like the rest of us.

Chad is a big fan of all the Call of Duty games and gets pretty hyped whenever a new one comes out.

I like all of them, I’m not picky as most people, they also complain and nitpick about certain things about the game, if anything new comes out, I’m supporting it, I’m not complaining about it.

The former Bengals wide receiver has taken an interest in Esports lately especially the COD league where players are playing for serious sums of money that is beginning to rival some of the traditional sports leagues.

@CODWorldLeague Hello, can i get credentials so i can watch all the pros play and get their autographs❓

While Ochocinco considers himself a solid COD player, he knows that he can’t hang with the pros, who make their living playing Call Of Duty.

I don’t understand how the pro Call of Duty gamers shoot & never miss their target in 1v1 battles, i don’t hit the person until the 3rd bullet 😢

It’s impossible that’s what they’ve been doing since they were four years old…they’ve been doing it all their life everyday that’s their job, I do this as a hobby, the Call of Duty players no way I can play with the pros.

Chad recently made news when he posted a large tip at a local restaurant during Florida’s reopening during the coronavirus pandemic.

We asked Chad about it and he says it’s something he normally does and just wants to lead by example so hopefully others will tip restaurants especially now that they’re going through times in the pandemic.

Chad Johnson @ochocinco, who recently tipped $1,000 to a local Florida restaurant, wants to challenge people to tip generously at restaurants especially during the pandemic. https://t.co/gSEpk2lwgr pic.twitter.com/Uo8zJKxIqB

“It’s a restaurant I’ve been going to for a long time. the tipping thing is something I’ve been doing for fifteen, twenty years and it’s certainly nothing new and it caught on last week obviously because of the situation we’re in, anywhere I got in public I always tip like that because people always have these damn challenges so this is a challenge but not really, it’s always monkey see, monkey do, you see one person do it and everyone wants to follow, so hopefully people will start doing it, make that a damn challenge.”

If you missed Chad Johnson’s Warzone Live war stream you can watch it below.