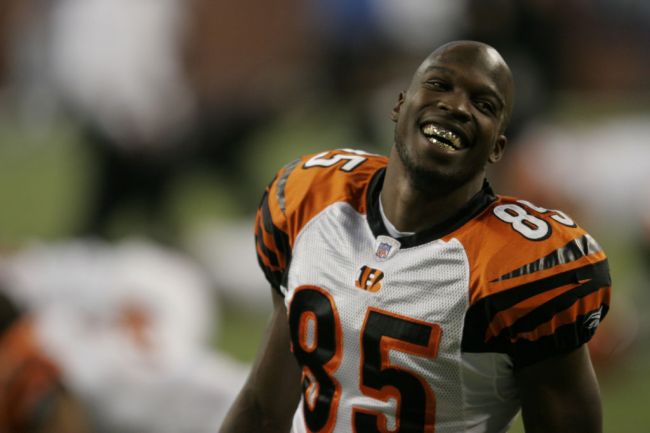 Chad Johnson has spent the last few years spreading some of his personal wealth to people in need. He’s paid people to take him on late-night McDonald’s runs, gave away his own personal stimulus checks, and leaves ridiculously generous tips.

Perhaps Johnson is trying to make amends for some of his more nefarious actions while playing in the NFL, making amends for the way he tortured his own coaching staff.

Hue Jackson, a wide receivers coach for the Cincinnati Bengals from 2004-2006 and eventual head coach of the Cleveland Browns, shared some of Johnson’s more annoying habits on a recent episode of the “I Am Athlete” series.

“I used to call him and Marvin in the middle of the night. I would call him, ‘Coach Hue, I’m open.’ And then hang up.” Johnson admitted.

“I used to get those calls at two o’clock in the morning. He wanted to know what the gameplan was, and I’d say ‘Chad, we have meetings coming up soon. In a few hours,'” recalled Jackson.

“Oh, you remember those?!?” Johnson laughed.

“Do I remember it?!” Jackson asks, startled that Johnson would assume he didn’t recall being woken up at two in the morning.

Chad Johnson used to call Marvin Lewis and Hue Jackson up at 2am, tell em’ that he was open and then hang up. 😂 pic.twitter.com/bmLT3tsSX7

The former coach can laugh about the early morning exchanges now.

Plus, late-night phone calls are way better than being the coach on the receiving end of a punch to the face from Johnson.

[I Am Athlete via Larry Brown Sports]