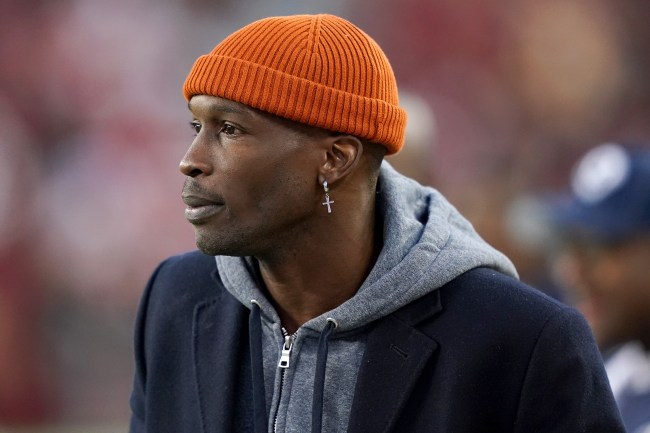 During his playing days, Chad Johnson was outspoken and boisterous, which helped the former wide receiver become a popular figure in the NFL. And, even though his career has ended, Ochocinco has still maintained a solid fanbase, always engaging with people in unique ways on social media.

We’ve seen Johnson post videos, photos and/or stories of him talking with fans, as well as leaving massive tips at restaurants to help those less fortunate, but the six-time Pro Bowl receiver is really doing something big to help people who have been impacted financially because of the ongoing pandemic — hand out money.

According to Chad Johnson’s Twitter, he’s pledging $845,000 worth of stimulus money to those who need it most, claiming he’ll be issuing payments on Cash App for people affected by the poor economy and tough job market on July 1. Take a look below at the tweet from Ochocinco.

The move from Chad Johnson comes as he questioned President Donald Trump’s previous stimulus check strategy, which issued $1,200 to qualified Americans as support for financial hardship caused by the pandemic. As was the case with most people, Ochocinco wondered how anyone could live off of $1,200 for three months — something the former wideout tweeted about recently.

While Ochocinco is critical of the way President Trump and his administration has helped support Americans in need during this crisis, there is talk of more stimulus money coming; so at least the government isn’t just sitting around thinking people are still living off of the initial $1,200 handed out months ago. Still, Johnson is doing his part to help others where he can.

There have been a number of celebrities using Cash App to pay fans who are in need, so kudos to Chad Johnson for using his platform in a positive way. Remember, this is the same guy who has routinely left restaurant workers big tips, and has proven to help other people in unique ways.

Following the news from Ochocinco about offering financial help, people on Twitter showed tons of gratitude, and began trying to pitch themselves as worth recipients of his money.

Bless me!
I own a daycare and we can use some snacks lol $TheRainaAlexis pic.twitter.com/89TJmSXoi1

$atlsole
Hope this video of your wisdom giving helps my chances 😓😂 pic.twitter.com/PU9o0uYDnh

Anything helps Ocho! Been eating this since Covid…..
$gagem33 pic.twitter.com/A74baxL3lE

Kindergarten teacher here, off for the summer w/o pay! Could use some extra coins for bills 🙏🏽 $tanya1003 pic.twitter.com/zeYgl60YvN

namathews
-If you give me $10k you can name my first food truck
-Here’s a picture of me as a jit crankin that in my favorite players jersey 😂 pic.twitter.com/PT9R7q66iy

Who knows how Chad Johnson’s going to choose who does and who doesn’t get any money, but, regardless, it’s a helluva gesture by the former wide receiver to at least offer help. While he may have had an interesting reputation as an NFL player, Ochocinco has proven that there’s much more to him than what we saw on the football field.