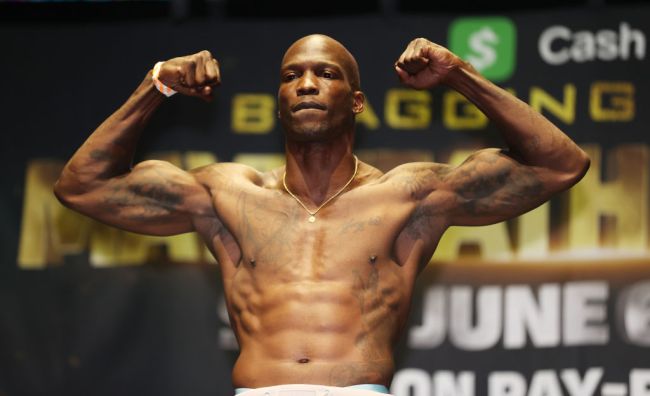 Saints wide receiver Michael Thomas will not play in the first seven weeks of the 2021 NFL season but Chad Johnson has an idea on how to replace Thomas’ production— himself. The 43-year-old reached out to the Saints on Twitter and offered to suit up.

Thomas, who underwent surgery on his ankle in June, will begin the year on the physically unable to perform list. The decision will keep him out for at least six weeks and sets New Orleans’ top receiver up for a Week 7 return.

With his absence, the post-Drew Brees era on the Bayou will begin with a weakened wide receiver core for either Jameis Winston or Taysom Hill. It’s not ideal.

Tre’Quan Smith will be the team’s top pass catcher, Deonte Harris is slated to be the No. 2, and Marquez Callaway, Kawaan Baker, Juwan Johnson and Lil’Jordan Humphrey will round out the depth chart. It’s certainly not a “who’s who” of receivers if things stay as they are.

That could change, however, after one NFL veteran had his interest piqued. After seeing that Thomas would be out for an extended period of time, Ochocinco offered his services.

The six-time Pro Bowler and 14-year NFL receiver said that he doesn’t even need a contract to play. He just wants a car and a place to stay.

@Saints Here me out, even years removed I’m STILL in better shape than 90% of these earthlings & can play until my guy @Cantguardmike comes back, don’t need money/contract just a company car & place to stay.

Is signing Chad Johnson really that bad of an idea?

While imagining Johnson back in the NFL is a fun day dream, it also isn’t the worst idea. Can it really hurt? If he isn’t any good, can’t the team cut him or keep him on the sidelines? He can’t be worse than Kawaan Baker, right? (no offense, Kawaan Baker)

Sure he got rocked later in the night, but look at how in-shape he is!

Who knows, maybe the Saints will need an emergency kicker!

.@ochocinco's got some serious kicking skills 😮 (via @NFLFilms)#HardKnocks: The @dallascowboys | Premieres August 10 on @hbomax pic.twitter.com/RyLrVWdp30

Even if he isn’t the best physical athlete on the field, Johnson would win the mental battle.

🔥🏈😂😂 It doesn't get better than Chad Johnson mic'd up (via @nflfilms) pic.twitter.com/0JteM1VG5q

85 is always open and the Saints should sign him. This has been my TED talk.