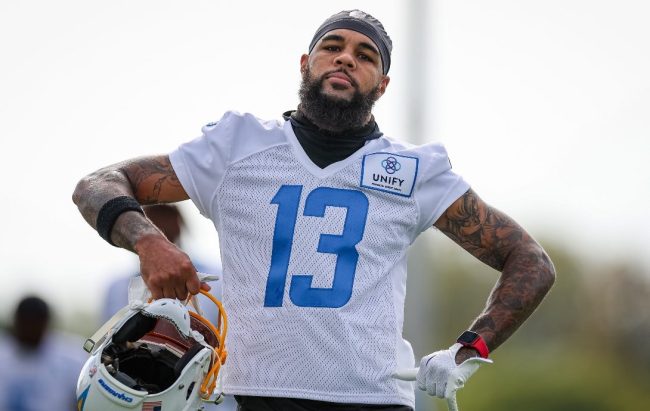 The Los Angels Chargers are generating a ton of hype right now as the roster is completely stacked on both sides of the ball. Keenan Allen returns for another year, as the veteran receiver aims to be Justin Herbert’s top target once again. However, teammate Bryce Callahan described Allen’s route running abilities in the weirdest way possible and we’re all for it.

Chargers’ Keenan Allen Has “Voodoo On His Routes”

According to Daniel Popper, Callahan only had one way to describe Allen’s abilities on the field. We have no idea what having “voodoo” in Keenan Allen’s routes means but it’s awesome. Not sure if the NFL has any guidelines on using voodoo during the season so maybe the Chargers will have an edge this year. Regardless, Bryce Callahan is impressed with his teammate.

Bryce Callahan on Keenan Allen: “He’s got some voodoo on his routes.”

Either way, Keenan Allen is well-known for his abilities as a route runner. He’s one of the league’s best, as he has been consistent throughout his career. That ability isn’t going anywhere and the Chargers are going to largely benefit from that. Especially Justin Herbert who has the uncanny ability to find the open man. Allen’s route-running ability allows him to get open, which is going to be a key factor in LA’s offense.

The Chargers should be a fun team to watch this year. Head coach Brandon Staley claims Justin Herbert has gotten better and still has plenty of room to improve. Additionally, the defense is going to be a problem for opposing teams, as they’re led by an all-star cast. Keep an eye on this franchise, as LA will fine-tune the offense in training camp.