Charissa Thompson Tells Erin Andrews About When She Lost Her Virginity 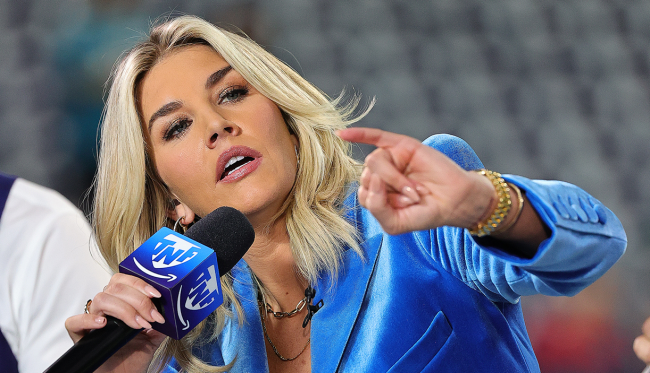 If you have ever listened to Charissa Thompson and Erin Andrews’ Calm Down podcast, you know that the ladies are not even the least bit afraid to overshare with their listeners.

This week’s episode was more of the same when near the end of the show Charissa Thompson shared with Erin Andrews the story of how she lost her viginity.

“We were talking about our first kiss…” Thompson said. “I had my first kiss when I was 12 years old… I lost my virginity early.

“I know. But how about this? Lost my virginity at 15 years-old. When you think about it now like a 15 year-old, like, ‘oh my god that’s so young.’ That was my boyfriend all the way into high school.

“But I don’t know if that’s that young right now,” Andrews wondered. “I don’t if it’s that young. That’s also very scary. Go on.”

“I mean, you know, you’re young when I had braided pigtails when I like went over to this, like, it was all arranged…

“This was just, my love. He went to a different junior high than I did. And we met because I played on a basketball team with girls that were on his junior high and we met and we fell in love.

“And then he was my boyfriend all the way through until like junior year in high school and then he broke up with me because he dated a sophomore and I was so upset.”

Charissa Thompson then explained how they are still friends and that at one point her ex-boyfriend’s sister dated her brother in high school.

“It was a real family affair,” said Thompson, adding that she “never had the birds and bees conversation” with her parents because, she assumes, she was the youngest and they just figured she “knew what was up” because she has a sister who is five years older than her and a brother that was two years older.

The conversation starts around the 26 minute mark if you want to listen to it for yourself.

On the plus side for Charissa, at least she wasn’t slamming mudslides when she lost her virginity like Erin Andrews did after she got her first job with the Tampa Bay Lightning.