Charles Barkley Roasts Cam Reddish After Horrid Debut Game: ‘He Had One More Point Than A Dead Man’ 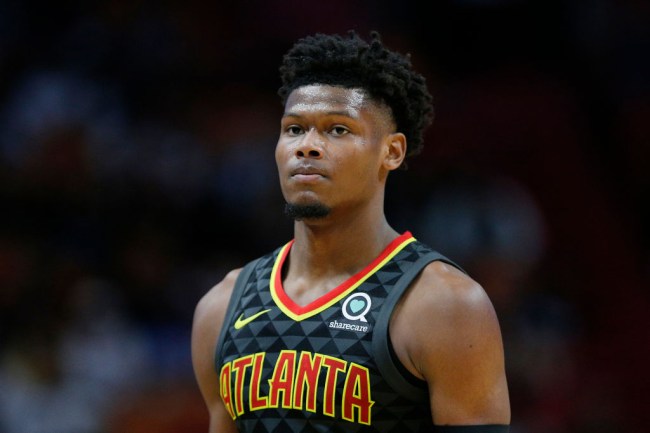 Cam Reddish was the forgotten guy at Duke last season thanks to fellow freshmen Zion Williamson and R.J. Barrett. He was also the forgotten man in the NBA Draft thanks to those two and a handful of other players after being selected 10th overall by the Atlanta Hawks.

With the Hawks tipping off their season on Thursday night against the Detroit Pistons it was finally his time to shine; no more Zion or R.J, but let’s just say things did not go well.

The Hawks won the game, but Reddish was an absolute non-factor.

Reddish played 21 minutes and went 0-for-6 from the field which included five missed three-pointers. He didn’t post a goose egg, however, thanks to hitting one free throw. He recorded one point, seven rebounds and one assist in his debut.

After the game, Charles Barkley kept it very real in describing just how bad Reddish was saying “he had one more point than a dead man.”

"I mean, Cam Reddish only had one point. He had one point more than a dead man."- Charles Barkley https://t.co/bNlzURS66o

That’s the good stuff we’ve grown accustomed to hearing from Barkley. The man never holds back and always speaks his mind and you have to appreciate that.

Related: According To The 2019 NBA Rookie Survey, Cam Reddish Will Have A Better Career Than Zion Williamson

The fact of the matter is, every person in the entire world has just one less point in the NBA than Reddish does. And like Barkley said, every person that has ever died carries that same fact as well.

Reddish didn’t have too strong of a preseason either with 11 points being his high in four games.

The rookie will get a shot at making us all forget about this moment on Saturday when the Hawks play the Orlando Magic.