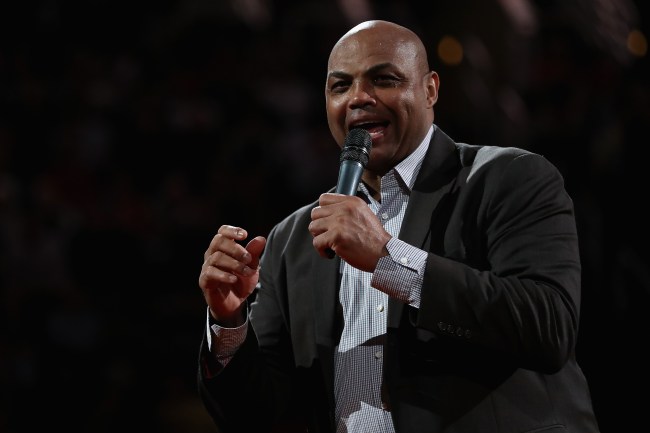 The Charles Barkley-Draymond Green feud is one of the best in all of sports, with the current TNT analyst and the current Golden State Warriors forward engaging in a war of words for the ages. And, if you thought things might get stale and the two would take a timeout from poking at one another, think again, because Barkley upped the ante by savagely roasting Draymond to keep the squabble going.

To recap, not long ago, Barkley joked that Green was averaging a “triple-single” this season, as the Warriors have stumbled to the bottom of the standings without stars like Stephen Curry and Klay Thompson alongside Draymond. Naturally, the three-time All-Star didn’t exactly enjoy the criticism, nor did he find the humor in it. That led to an epic rant in response to Charles Barkley just the other day, where the Dubs star trashed Sir Charles’ playing career and his analyst abilities, and even threatened to take his broadcasting gig. See below for the video.

Draymond Green on the recent TNT criticism: “(Charles) Barkley should stop before I take his job. Because I can do that well, too…He also can’t talk basketball with me either. Not smart enough, not qualified. No rings, can’t sit at this table.” pic.twitter.com/AmGw6jZidE

Those are some fighting words from Draymond, but laughable AF. Not only is Barkley hilarious on TV, but he’s also a pro basketball Hall of Famer, so, yeah, not sure Green can hold a flame to those type of accolades — even if he has been to a few All-Star Games and has won three NBA titles (something Charles never did).

Rather than get mad about what Green said, though, Charles Barkley did what he does best — he burned him with his own words, comparing Draymond to a boy band member who thinks he’s the star of the show. Take a look at what the TNT personality said on the Dan Patrick Show in reply to the latest comments from Green.

“My job is safe. Draymond Green is a nice guy. I like Draymond, and he’s a good player. But you know what he is? He’s like the guy in a boy band who’s the least important member, and he thinks the crowd is cheering for him. He doesn’t realize he’s standing next to Justin Timberlake.”

He’s the least-famous person in the boy band, and he thinks he’s the star, and he’s not…. He thinks all the girls are screaming for him. And like, no, they’re screaming for Justin Timberlake, you’re just in the band. Enjoy being in the band, because you’re never going to have any hit singles. But he’s a nice guy, I like messing with him. First of all, he don’t have a face for TV. He’s got a face for radio, so he’s not going to get my TV gig.”

There’s nobody quite like Charles Barkley, guys, and his response to Draymond here is perfect. As the Warriors continue to stink it up in a lost season, there’s no telling what Draymond Green might say back in response to keep this feud going — so get your popcorn ready, because this is entertaining AF.