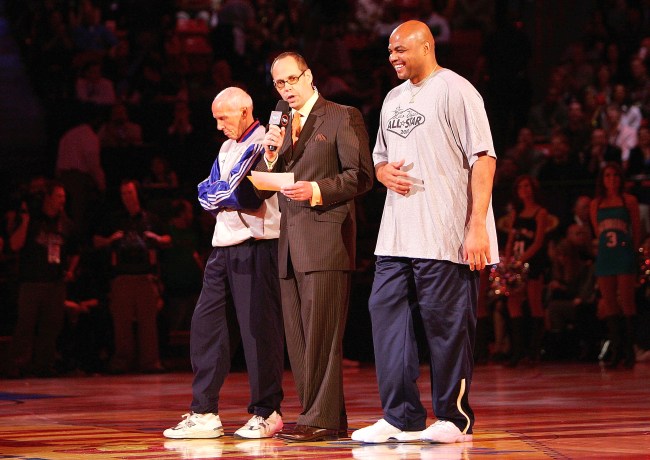 TNT analysts Charles Barkley and Ernie Johnson bet over the outcome of last Monday’s Rose Bowl game between Georgia and Oklahoma. As we are now aware, Georgia bested Baker Mayfield and Oklahoma 54-48 in a double-overtime instant classic.

Ernie was exploiting poor Chuck, seeing as Sir Charles took after his pal Michael Jordan as a relentless gambler. Barkley has admitted to losing an estimated $10 million gambling in his lifetime, including $2.5 million lost playing blackjack in under six hours. Not really a cause for concern to a dude who’s worth close to $50 million.

The two bet a nice “steak dinner” on the game, but Ernie decided to twist the knife by inviting 50+ of his friends to Kevin Rathbun Steak, the number one rated steak house in all of Atlanta. Prior to Thursday’s game between the Golden State Warriors and Houston Rockets, the NBA on TNT account tweeted a picture of Johnson’s $12,337.28 dinner tab.

We can deduce from this bill that Ernie ate well and got hammered. Here’s an audit of his alcohol consumption below:

Chuck’s reaction to the bill is priceless:

Barkley loses Georgia/Oklahoma bet to Ernie, has to pay for his steak dinner, Chef of steakhouse drops off $12,000 bill 😂 pic.twitter.com/3ZK6d0WP3V

Just a casual bet between friends that would put me out of house and home.