Charles Barkley Says Kobe Bryant’s Rape Case Is Part Of His Legacy: ‘He Had A Flaw’ 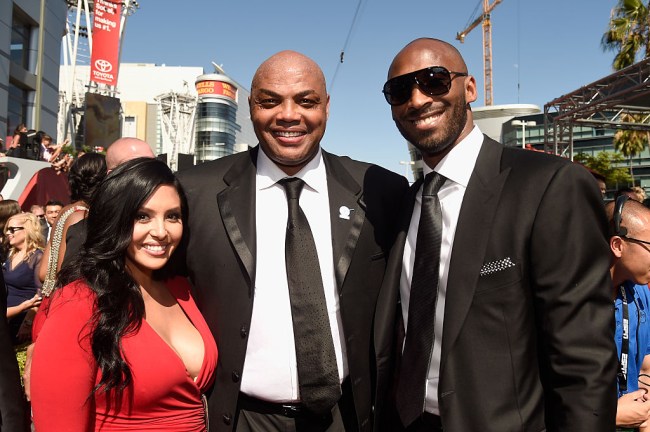 There has been a lot of controversy regarding what you are and are not allowed to talk about when reminiscing on what Kobe Bryant’s legacy is. The heated debate revolves around whether you can even mention that Kobe Bryant was involved in a 2003 rape case that was kept extremely secretive and was settled privately. Charles Barkley voiced his opinion on Kobe Bryant’s legacy and not shockingly, he was not afraid to go against the grain.

Gayle King received death threats after she interviewed Lisa Leslie on CBS This Morning and asked the former WNBA star if Kobe’s 2003 sexual assault charge made his legacy “complicated.” Leslie said, “It’s not complicated for me at all.”

By simply asking the question, several rappers became irate at the journalist, including 50 Cent, Boosie BadAzz, and Snoop Dogg, who made a veiled threat against Gayle King. Snoop called her a “funky dog head bitch,” but later apologized to Gayle after receiving pressure from other celebrities.

TNT’s Inside the NBA broadcast team appeared on TODAY to discuss Kobe’s legacy. Shaquille O’Neal, Kenny Smith, Ernie Johnson, and Charles Barkley, reminisced about the Los Angeles Lakers legend who tragically died on January 26 in a helicopter crash along with eight others including his 13-year-old daughter Gianna.

“You have to tell the picture in totality,’ Barkley said of Kobe Bryant’s rape case. “We’re not making Kobe out to be no hero. We’re celebrating his basketball excellence. We understand what happened in Colorado. That’s fair, but two things can be true.”

“Kobe Bryant is one of the greatest basketball players ever,” Barkley added. ” And he had a flaw that we all know about.”

“Me and Kobe were not close,” Barkley said during the TODAY interview from Friday. “But I just started crying when I got the news. I felt like I had lost a member of my family.”

Kobe’s rape case from 2003 when he was 24-years-old was dismissed and he settled with the 19-year-old accuser in a civil settlement for reportedly more than $2.5 million.