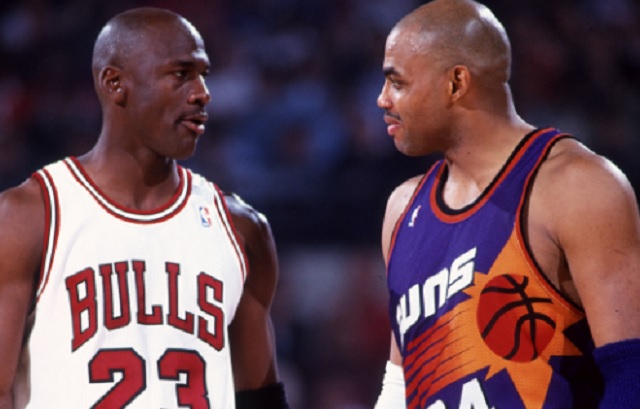 The latest few episodes of ESPN’s Chicago Bulls documentary “The Last Dance” have focused on Michael Jordan’s bullying of teammates and Charles Barkley has something to say about MJ’s “selective prosecution”.

During episode 7 of TLD, “nice guy” Scotty Burrell was one of the teammates Jordan loved to torture in practice

Another segment in the episode featured Jordan going after Steve Kerr and punching him in the face,

After the latest episodes of TLD aired, Charles Barkly went on the Dan Le Batard show and called out Jordan for picking on teammates that couldn’t whoop him in a fight.

Well, you know he has selective prosecution over there, right? He knows who to pick on,” “There’s certain guys you can’t treat like that. You have to know what guys you can treat badly, and they’re gonna accept it. Screaming at guys all the time, punching guys — come on, man.

“There’s certain guys that would whoop the hell out of you if you tried doing that. He has selective prosecution. I mean, Scott Burrell and Steve Kerr. Come on, man.”

We catch up with the always outspoken Charles Barkley to get his reaction to The Last Dance and find out whether or not he and Michael Jordan can ever mend their relationship.
– Lorenzo pic.twitter.com/qofSl2Fewj