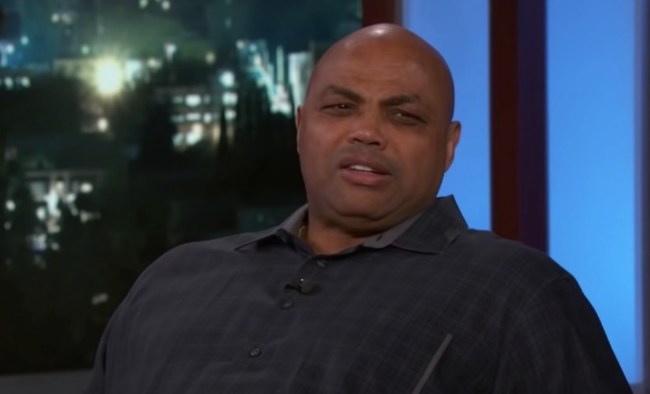 We had an internal debate recently here at BroBible where I claimed that Charles Barkley is the single most unpredictable commentator in sports. You simply cannot predict what will ever come out of his mouth but you can assume that it’ll be entertaining at least 90% of the time.

Chuck was a guest on Jimmy Kimmel Live last night where he talked about the worst bet(s) he’s ever made. Charles is an avid gambler and should know that betting against Tom Brady and Bill Belichick in the Super Bowl is ALWAYS a bad idea.

Barkley then discussed his close friendship with Bill Belichick which was a bit surprising because I think everyone in the football world believes that Bill Belichick is incapable of meaningful friendships. Charles then talked about how he was on the field before the Super Bowl and locked eyes with Tom Brady. It was that moment that Chuck fell in love with the ‘pretty man’.

Charles Barkley simply isn’t on TV enough. He’s appeared as a guest on Jimmy Kimmel Live several times since 2008. He has been on Shark Tank, Saturday Night Live, SportsCenter, Fallon, Mike & Mike, and of course The NBA on TNT but I think someone needs to give Charles Barkley his own TV show, maybe even his own channel.

I’d listen to Charles Barkley read the phonebook because you know it would somehow devolve into a story about his secret friend from Iowa who’s a cat litter scientist and whom he met in a hotel bar decades ago. There are no boring conversations with Charles, I love it.