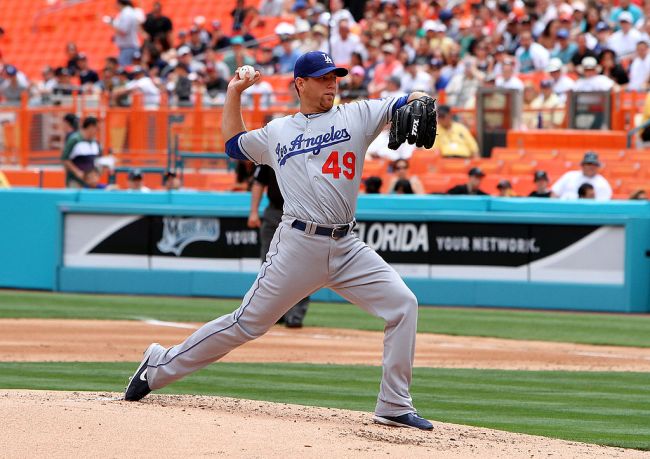 Former MLB pitcher Charles Haeger was reportedly found dead from an apparent self-inflicted gunshot wound near the Grand Canyon’s South Rim on Sunday, according to a police report. His apparent suicide came just one day after he was alleged to be involved in the killing of his 34-year-old ex-girlfriend Danielle Breed.

According to E! News, police responded to the sound of gunshots in a suburb of Phoenix, AZ on October 2 where they found Breed deceased. Her roommate told authorities that he saw Haeger leaving her bedroom with a handgun before he escaped the home.

“Haeger then pointed the handgun at the roommate,” the police report stated. “The roommate quickly escaped out of the back of the residence, and he was able to get a neighbor to call 9-1-1.”

A grey 2020 Chrysler Voyager belonging to Haeger was found near Flagstaff, Arizona on Saturday, leading authorities 118 miles north of Scottsdale and eventually to the Grand Canyon where his body was found.

Haeger most recently was hired by the Cubs in November of 2019 to be a minor league pitching coach. Chicago released a statement before learning of Haeger’s death with regards to Breed.

“First, we would like to express our condolences to the family of Danielle Breed,” Cubs vice president of communications,Julian Green, said in a statement to The Athletic. “Our hearts and prayers go out to her family, friends and loved ones during this difficult time.”

Haeger, a knuckleball pitcher, was drafted by the White Sox in 2001, and went on to pitch a total of 83 innings during his major league career. His career included stops with the Red Sox, Mariners, and Dodgers organizations. He was also a pitching coach at Madonna University and for the Rays following his playing career.