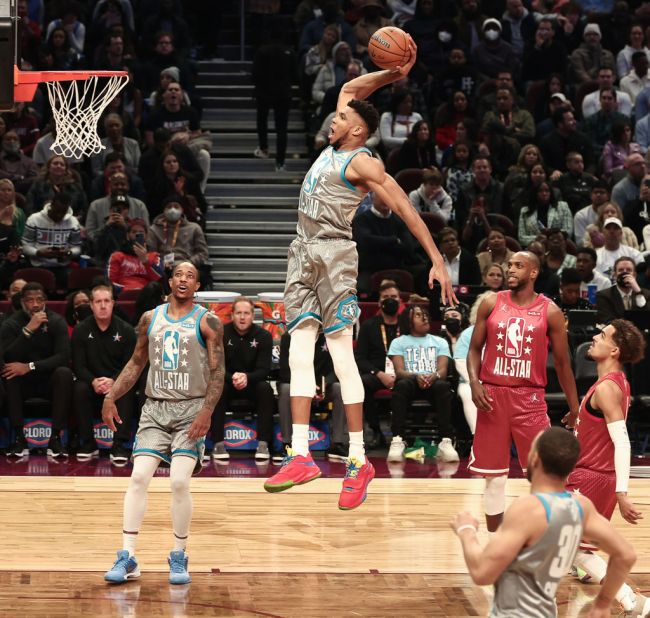 I guess the new trend for retired NBA players is to make ridiculous claims about Giannis Antetokounmpo. At least, that’s what it feels like this week.

We already recently heard Tracy McGrady try to convince people that Giannis would have struggled in his era. That claim was wrong enough. Now Charles Oakley has chimed in with possibility the most asinine assessment we’ve ever heard.

Oakley somehow believes that Giannis would have been a bench player in his era.

Uuuummmm… what? Glorifying the hard-nosed basketball of the 90s is one thing. Claiming that Giannis, an athletic freak who just led his team to a ring and has averaged over 27 points, 5 assists, and double digit rebounds in each of the last four years would have been a bench player in the 90s is borderline insane.

Even Charles Oakley and his career 9.7 points per game can’t actually believe this. It’s just so far removed from reality.

I mean, come on. We’re talking about an era where Charles Oakley was a starter for the Knicks during a time where they were considered a title contender. What exactly would Oakley have been able to do to stop Giannis? You only get 6 fouls in the NBA and Oakley wouldn’t have had much luck stopping him any other way.

Can we just squash this line of thinking once and for all? Giannis would have been an elite basketball player in any era.

You know who should be glad they landed in the right era, though? Charles Oakley. Could you picture Oakley getting meaningful minutes in the NBA right now? I have a hard time seeing it on just about any roster.

I don’t know where this idea came from that Giannis’ game wouldn’t translate to past eras, but it’s an idea that really needs to go away.