Charles Schwab Challenge Picks And Preview: Colonial Is The Cure For A Major Hangover 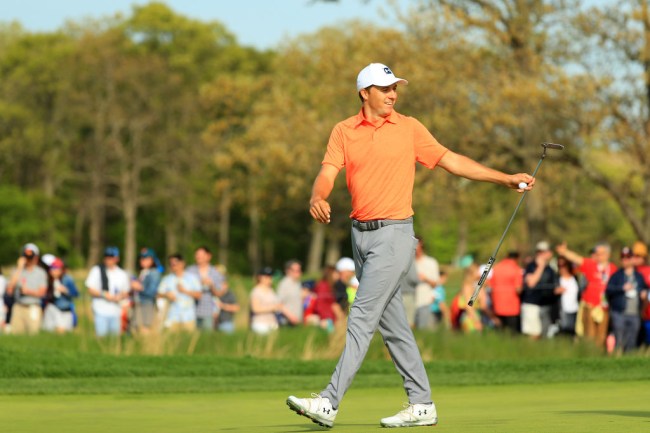 The second major of the year is in the rear-view mirror following Brooks Koepka’s win at the PGA Championship last week. Now the PGA Tour gets back to its regularly scheduled programming with the Charles Schwab Challenge at Colonial Country Club in Fort Worth, Texas getting underway on Thursday.

While the name of the tournament has changed a few times over the past few years, Colonial Country Club remains a constant on the Tour schedule as this marks the 72nd straight year the course has hosted a Tour event. It’s an old school golf course with tree-lined fairways and smaller Bentgrass greens.

The Par 70 course will play just beyond 7,200 yards this week and while it measures as one of the shorter tracks on Tour, it has two major defenses by its side: the Horrible Horseshoe and the Texas wind.

The Horrible Horseshoe (holes 3-5) has played as the second toughest three-hole stretch on Tour since 2003 and is beyond capable of destroying any hopes of a solid round. As for the wind, it looks like it will be gusting between 14 and 20 mph pretty consistently Thursday through Sunday.

Justin Rose is the defending champ this week and is looking to become just the second player in the event’s history to go back-to-back; Ben Hogan accomplished that feat not once but twice.

Sometimes it’s easy to sit back and say ‘man, this course was built for this guy’ and while that phrase may seem true at a lot of courses for Molinari, Colonial should fit his game extremely well. You don’t have to be overly long at this course, you just have to find the short grass off the tee and Molinari does just that ranking 45th on Tour in driving accuracy.

He’s also a player that avoids the big mistakes which will come in handy this week. He’s never played at this event, but I wouldn’t let that shy you away from picking him this week. He’s playing well (enough) at the moment and he’s also just an assassin when it comes to playing these short yet challenging tracks.

Spieth is coming off of a T-3 finish at last week’s PGA Championship as the putter really caught fire. If you’re ball-striking and long-game isn’t up to standards it’s never a bad thing to find some confidence with the flatstick.

While he seems to still be one more strong week away from turning into the Spieth of the past, he’s made big strides over the past few weeks to get where he is at the moment. Oh, he’s also a past winner of this event and hasn’t finished worse than T-14 in his last five starts at Colonial, so he’s got that going for him.

Fitzpatrick finished T-41 at Bethpage last week and carded a second-round 65 and a final-round 71 in some serious wind showing he’s got a little something going right at the moment. While he’s never teed it up at Colonial, his game should fit very nicely here. He ranks 17th on Tour in strokes-gained off the tee and 56th in strokes gained approach showing he’s more than capable of splitting fairways and should feel comfortable attacking these smaller greens.

Fitzpatrick, who ranks 33rd in the Official World Golf Rankings, is looking for his first win on the PGA Tour and don’t be surprised if he’s in contention come Sunday afternoon.