Jordan Spieth Talks Betting, Booze And Casual Rounds Of Golf, Has A Way Better Life Than Us 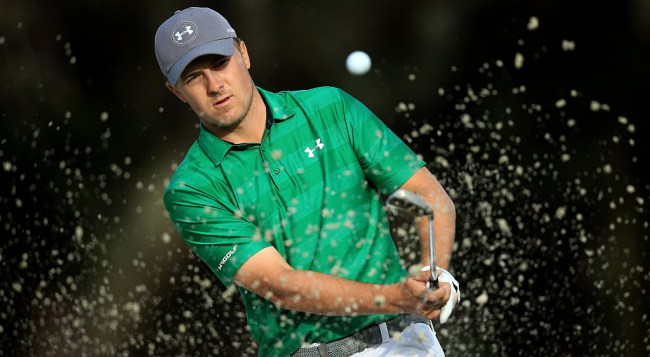 Golf Digest recently caught up with PGA stud Jordan Spieth to talk about betting, booze and what his casual rounds of golf are like. Get ready to feel a whole lot of envy.

(1) He doesn’t drink alcohol while on the course. He blames #SB2K17 for making him implement that rule.

(2) He recommends playing a game called “Wolf” where you have four players, hit in turn on each tee, and pick your partner based on their tee shot.

(3) He only wagers maybe a couple of hundred dollars on a game of golf, but still feels the same pressure as he does on Tour if he needs to sink one to win.

(5) Always have at least one speaker of music going… on each cart.

(6) Talk trash constantly throughout the round.

(7) Definitely use a cart. Don’t walk. But only because you can finish your round a lot quicker.

And this one wasn’t in the Golf Digest video, but I’m adding it because it makes sense.

(8) If you are playing in a Pro-Am with Aaron Rodgers, make sure you bring a football, because…

OH, and if you get a chance to play a round with Michael Phelps and Bryce Harper? Do it.

Told you you’d get to feel a whole lot of envy.

Check out the rest of his tips and stories in the video below.