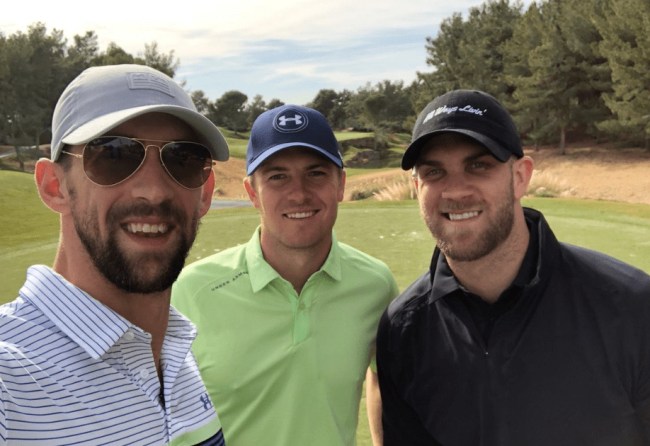 When most amateur golfers hit a bunch of bad shots in a row (or bad putts), it gets in their head. It STAYS in their head. They get caught up in the negatives and the negative outcomes. Self-doubt can be crippling. As the old saying goes, “Whether you think you can, or you think you can’t–you’re right.” Perhaps that is what separates people like Michael Jordan or Jordan Spieth from the rest of us; the unwavering belief in their ability, the ownership they have over their minds, even in their darkest hours.

Last week, at the Waste Management Phoenix Open in Arizona, Jordan Spieth had an uncharacteristic week on the greens. He missed putt after putt, leaving us all asking the same question (See: what the fuck is wrong with Jordan’s putting this week?). Spieth missed the cut last week, in large part to his inability to find the bottom of the hole on putts he normally drains. This week, Spieth tees it up at the AT&T Pro Am at Pebble Beach and reporters wanted answers. And in his answer, Spieth revealed not only what he thinks was wrong from a technical standpoint, but he also revealed a lot about the inner workings of Jordan Spieth.

Q. What have you worked on specifically with the putter the last few days and what goes through your head when you look at the strokes gained putting rankings right now and see your name toward the bottom?

Speith: “What goes through my head is I still believe that most of the guys that sit on this stage right here, you ask them who do they want putting on your team in a Ryder Cup, and I believe they would say my name. So I have no doubt in my abilities.

Just going through just a minor slump that is just setup related. I’m just trying to get back and I got a little on top of it and I was kind of hitting the ball into the ground with a — with my hands pretty far forward, which is a very, it’s opposite of what my natural tendency has been going back to when I was eight years old.

So I just kind of got into a place that I hadn’t been before and I just got to kind of get back into a comfortable setup position and then everything will fall through from there. The idea is just to stop thinking and just putt and not having to worry about things.”

Fuckin’ A. That is the most alpha answer of all time. And considering all that the 24-year-old has already accomplished in his pro career, having this kind of permanent mentality should not be a surprise.