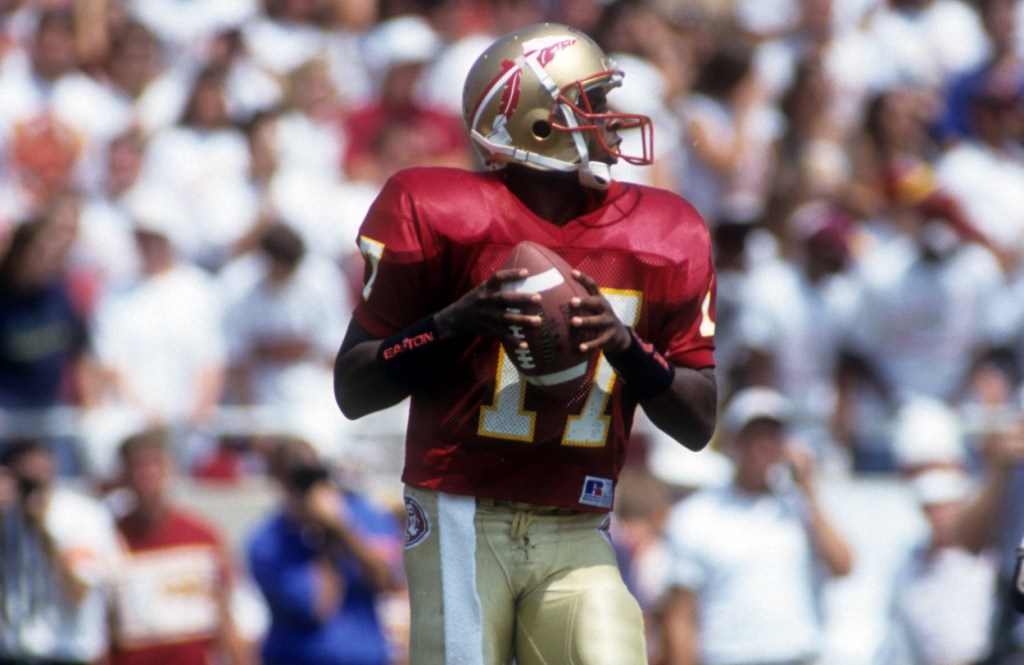 The NIL era has changed college football more drastically than any other moment I can recall (in my lifetime), including getting rid of the BCS era and moving to playoffs. Former Florida State Seminoles quarterback and Heisman Trophy winner Charlie Ward is helping usher his alma mater’s current athletes into the new era.

Now that players are able to be compensated for their Name, Image, and Likeness there have been seismic shifts seen at every part of the process from recruiting to playtime to the transfer portal and eligibility.

To help student-athletes at Florida State University take advantage of NIL, the school has launched Rising Spearch which Charlie Ward describes as providing “a platform to create and develop NIL opportunities for FSU student-athletes in cooperation with businesses and sponsors” when speaking with Tomahawk Nation‘s Tommy Mire.

During their discussion, Charlie Ward suggested a fix for a problem he sees with the constant coaching carousel and transfer portal craziness. The way Charlie sees it, modern athletes “don’t want to compete anymore.” They are quick to transfer anywhere they’ll get playing time instead of redshirting and competing for a roster spot after several years in the trenches.

“What we’re starting to see now is a lot of players don’t want to compete and if they don’t see their opportunity happening sooner then they leave. That’s something that was foreign to us, very few guys did that. I had to wait three years to play quarterback and we all had to redshirt for the most part and wait for our time to play.

At that time there was accountability. If you transferred you had to sit out a year and there were no if’s, and’s, or but’s. Most guys just stuck it out and then again you didn’t have as many coaching turnovers as well that we have today. (via Tomahawk Nation)

There are definitely ‘get off my lawn!’ vibes here. He sounds a bit like an old man clinging to a bygone era that’s no longer representative of college football’s landscape with NIL. But he also makes an extremely valid point. Players are very quick to leave if they’re not getting playing time regardless of the program they’re at. NIL factors into this because bench warmers aren’t bringing in the biggest NIL deals…

Charlie shared his idea for a dynamic fix to the constant coaching carousel and explosion of transfer portal activity. It’s pretty far out there and I can’t actually envision a world where these changes would be implemented but it’s a good thing to at least start this discussion.

If he coached six games and gets fired, whoever comes in that’s new can’t coach until the 6th game. That way we can eliminate firings in the middle of the year and players the same way. If they (the players) want to transfer after game two then they have to sit out the next year until game two. That way we can at least teach something about being committed and sticking to your commitment.” (via Tomahawk Nation)

That’s a lot to digest but Charlie Ward added this last part:

“If they want to leave before the season or after the season then they can move, no penalty. I just feel like in the middle of the season once the games start happening there should be some penalty.”

I don’t agree on the coaching front. Teams, players, fans, universities, recruits, and everyone else involved shouldn’t be punished because a coach is seeking a better opportunity elsewhere. In a perfect world, coaches have enough respect for the people around them to at least wait to make changes until the end of the season and they do it publicly and not behind closed doors with players and staff wanting clarity and answers.

But the transfer portal needs some tweaks. I 100% believe players should be free to make changes and move to new schools but there needs to be some reinforcement that if players stick to their commitments and work towards the team goals they were recruited with, they’ll see success. It can’t all rely on coaches telling them ‘put in the hard work and you’ll be a star here in a few years’ because leaving to play elsewhere and get that NIL money on day 1 is the better option for any athlete.

Dual-sport athlete Charlie Ward famously left football and went to the NBA. He was drafted by the New York Knicks in the first round of the 1994 NBA Draft and played in the NBA from 1994 to 2005. Now he’s back working with the Florida State Seminoles and is very in-tune with the state of FSU’s football team.

In that same interview from Tomahawk Nation, Charlie Ward discussed where he thinks FSU Football is at right now and where they’re headed. You can click right here to check out that interview on Tomahawk Nation.