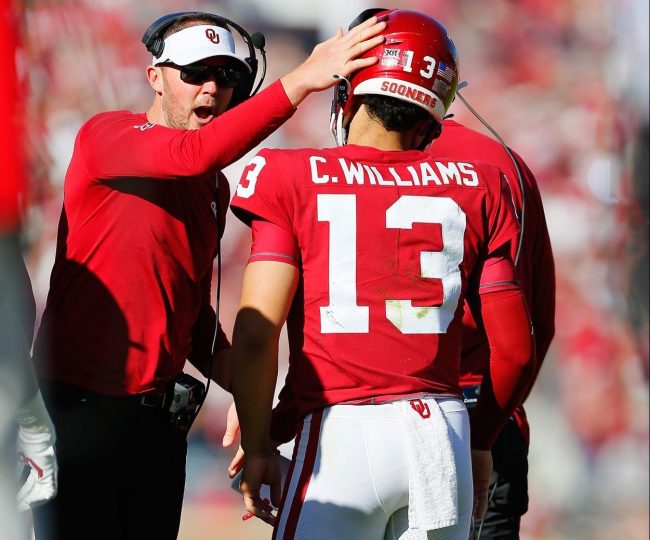 The last day for University of Southern California students to register or add classes for the spring semester is Friday. There are always workarounds, but that means that to compete in spring practices, new Trojan football enrollees must be in class by Monday morning.

Again, there are always workarounds for high-profile athletes, but that includes Caleb Williams in most scenarios.

The former five-star Oklahoma Sooners quarterback is the most highly-coveted player in the transfer portal. All signs point toward his commitment to play for the Trojans under former head coach Lincoln Riley. He has also been linked to LSU and Wisconsin, but a recent student database discovery might indicate otherwise.

Riley, who took over as head coach at USC in December, has already made an instant impact. He has landed 12 transfers in the offseason, including four four-stars and three three-stars. Commitments came from players at Alabama, Auburn, Oregon, Colorado and, of course, Oklahoma, among others.

The 38-year-old, who Sooners fans not-so-lovingly refer to as “That B**** Out West,” hinted that a few more roster additions may be on the way. Riley spoke with Sports Illustrated earlier this week and said “it’s possible” that the Trojans could add more players to the spring roster this week.

Although NCAA rules prohibit Riley from speaking about individual recruits, he made a big statement. He said that USC has “a few more on the transfer side and a couple from the high school side who may decide to enroll early.”

That should indicate that when (not even really if) Williams commits to the Trojans, it will have to be this week. Considering that USC’s quarterback room has been gutted since Riley’s arrival, there is no reason to believe that Williams is not soon to head west to Los Angeles.

There is no way that Riley is going to play the 2022 season with Miller Moss as the starting quarterback. So either Williams is committing soon, or the Trojans are going to get an unexpected arm on campus before fall.