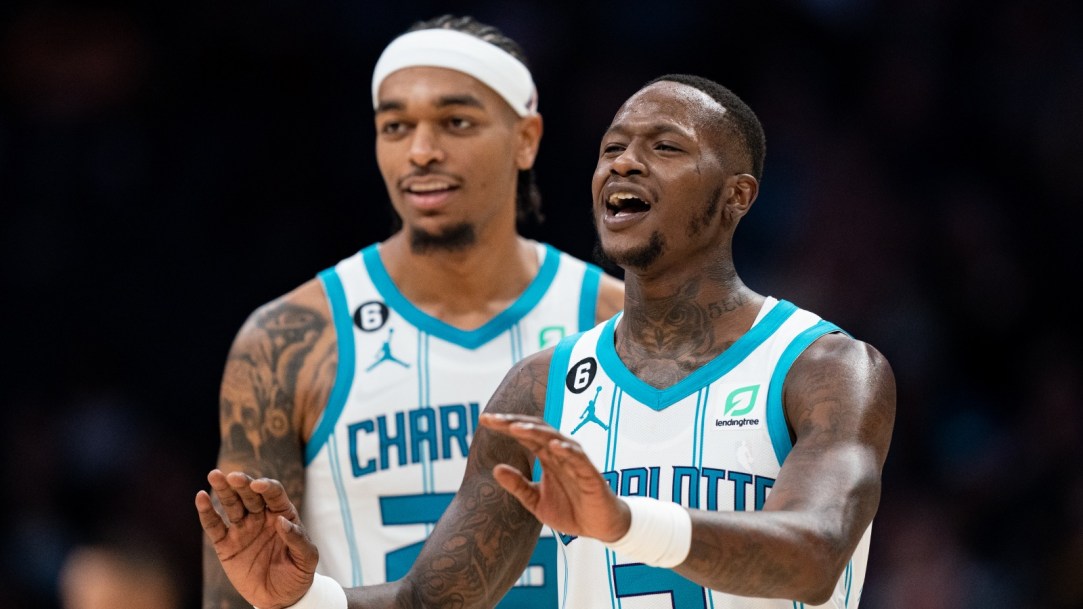 The Charlotte Hornets debuted their new City Edition jerseys on Thursday. These Jordan Brand Black 2022/23 Swingman Custom Jerseys feature ‘CLT’ across the front and are black, mint, and gold.

Their new City Edition Nike Swingman jerseys have an athletic fit and most Charlotte Hornets fans welcomed these with open arms. They might not be on the level of the Miami Heat when it comes to City Edition jerseys but they are stylish.

However, there was a large contingent of confused NBA fans who either intentionally or unknowingly walked head first into sophomoric jokes. Many on Twitter are saying the ‘CLT’ on these Charlotte Hornets jersey looks like there is an ‘i’ between the L and T.

Here are the new Charlotte Hornets ‘CLT’ City Edition Jerseys that have everyone talking with some responses down below:

If you don’t think Charlotte has culture, it’s because you don’t know the culture.

This is an oft repeated joke in the comments:

I can’t possibly be the only one who reads “Clit”

Why do the new Charlotte Hornet jerseys say ‘CLT’? It’s simple, that is their local airport code.

CLT is the airport code for charlotte

That didn’t stop the jokes:

A lot of other people took exception to the captoin tweeted by the Charlotte Hornets during their jersey announcement. They wrote “if you don’t think Charlotte has culture, it’s because you don’t know the culture.”

Plenty of people are wondering they’d even say that in the first place? Of course, Charlotte has culture. Why even invite people to make jokes about it like these:

Jersey is sick for sure but the “oh so you think we have no culture?” is a brutal self own for us

I will still be purchasing one 🫡

If I was a Charlotte Hornets fan I’d 100% be buying this jersey. Jokes aside, it’s great. The only thing that’s not great is the price tag which is $149 on the NBA’s website right now…