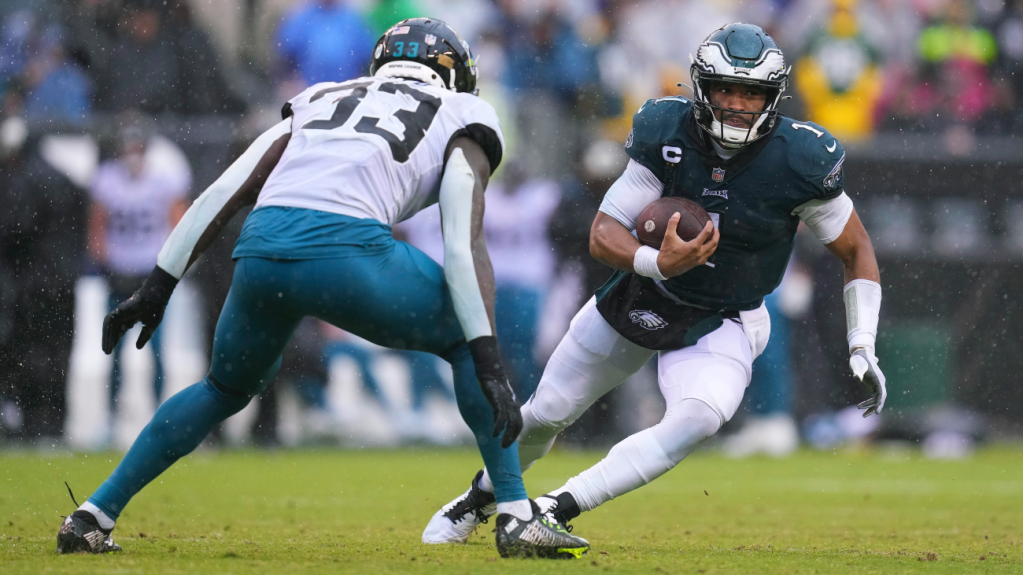 Jalen Hurts and the Philadelphia Eagles are the only remaining undefeated team in the NFL this season. They will seek to keep their perceived hot streak going in Week 5 against Kyler Murray and the Arizona Cardinals.

Interestingly, this matchup will reveal a lot about what has fueled Jalen Hurts and the Eagles’ success so far this season. That’s because it’s an approach that has also been consistently employed by the Cardinals with Kyler Murray under center.

A chart below that was shared by Benjamin Solak of The Ringer reveals how allowing Jalen Hurts to run the ball from the shotgun position is what sets the Eagles apart from the league. NFL tradition dictates that called run plays come from under center and not in the shotgun. By flipping that, and also employing a heavy rate of play-action calls, the Eagles are absolute THRIVING.

Hurts and the Eagles are on an island here: being able to mask the play call.

The Eagles are totally flying in the face of that! All because of Hurts pic.twitter.com/BeL3DBUHes

According to Solak, Jalen Hurts is on pace for 225 carries this season which would be 49 more carries than the previous NFL record.

What’s wild is how this isn’t going unnoticed by the NFL media yet teams can’t figure out how to respond.

Around the minute mark, Marcus Spears kicks off the discussion about how ‘everything is available to you when you’re under center’ which the perfect way to characterize the Eagles’ offense this season with Jalen Hurts:

One of the coolest conversations I’ve ever been a part of on TV #nfllive@minakimes @realrclark25 @laurarutledge @mspears96 pic.twitter.com/Dx49n4KW3O

Robert Griffin III and Andrew Whitworth summarize why masking the play call has been so effective for Jalen Hurts and the Eagles:

Exactly! Tell me if you heard this phrase before. “The Marriage of the run and the pass!” QBs who you fear running the football or extending the play change the under center conversation. It’s about how many plays start out looking the same and end up different.

The Philadelphia Eagles are currently 5-point favorites on the road against Arizona. I personally believe this game will be closer than expected, but I’m also a pretty horrendous gambler so don’t quote me on that.