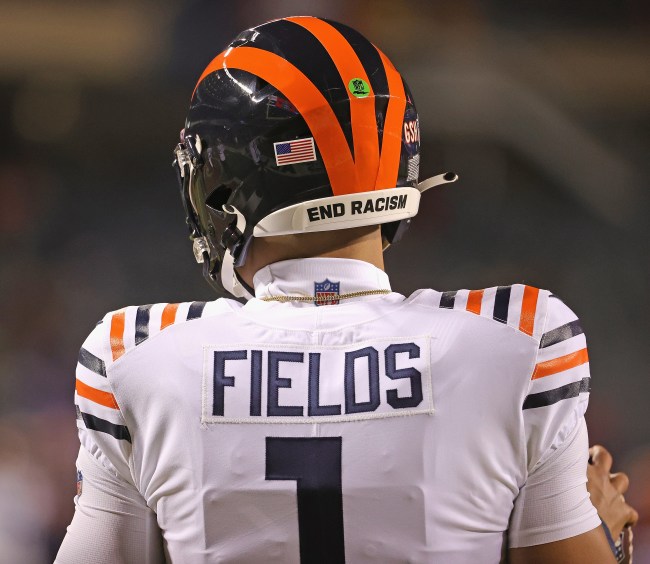 Much of the football world was certain that things would only get better for Justin Fields in Chicago once Matt Nagy was gone. We even had evidence to believe it. When Matt Nagy was unavailable against the 49ers in October, it was arguably Fields’ best performance of the season.

Unfortunately, there was one factor that we may not have considered. What if the Chicago Bears hired a head coach that didn’t want Justin Fields?

That may be the case if NBC Sports is right about the team’s interest in Brian Flores. While he is arguably the biggest name available in the NFL right now, he could be bad news for Justin Fields.

Flores hasn’t yet commented on the quarterback, who he isn’t actually the coach of yet, but there are a couple of signs that Flores could make things interesting for the Chicago Bears.

A report surfaced this week that one of the things that makes the Bears job appealing to coaches is the possibility of trading Justin Fields. It’s an odd sentiment to hear about a player who came into the league with high expectations and just completed his rookie year.

It’s certainly not unusual for Brian Flores to want to move on from a second year QB, though. In fact, there are rumors that a rift between Flores and Tua Tagovailoa was the reason the Dolphins moved on from the coach. He was also rumored to be the driving force behind the Dolphins’ interest in Deshaun Watson.

That NBC Sports report also discussed the Bears trying to entice coaching candidates with input on personnel decisions. That could spell an early end to Justin Fields’ time as a Chicago Bear.

Maybe Brian Flores or any other coaching candidate will decide they want to keep Fields, but he must be at least a little concerned about the possibilities this coaching change brings with it.